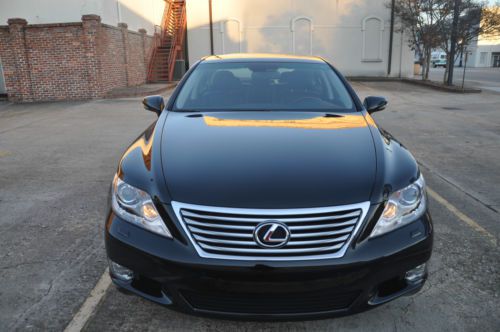 In case you needed more proof that the Lexus RC F is a statement car intended to scream "This is not your father's brand" (yes, we're paraphrasing the tagline of another automaker), here it is: the Lexus RC F GT3 Racing Concept. Lexus introduced a GT500-spec version of the RC F at the Tokyo Auto Salon last month, but this GT3-spec entrant and its Reading Rainbow paint job will get to show off at the Geneva Motor Show to whet the appetites of European racing outfits.
Although referred to as a concept, it will shake that name off when it completes a season of testing this year. Next year, Lexus will make it available to paying customers, and says the car will be cleared to race in the Occident and in Japan's Super GT series alongside its GT500 cousin.

Over the course of the past 25 years, Lexus has done one heck of a job winding its way into the luxury automobile market previously dominated by the Germans. And now it aims to take another step into the luxury arena with The Crafted Line by Lexus.
Set to debut at Pebble Beach later this month, the Crafted line offers the Storm Trooper treatment with high-contrast white paint and black trim. The interiors are done up in two-tone black and red, and Tumi has done up a special set of luggage to match.
The special edition will be available on the ES350 as well as the F Sport versions of the LS460, GS350, IS250 (in both rear- and all-wheel drive) and RX350 AWD. Each will be limited to around 1,000 examples (give or take, depending on the model), with pricing set to start at around $42,000 for the ES pictured above. Scope out the full details in the press release below.