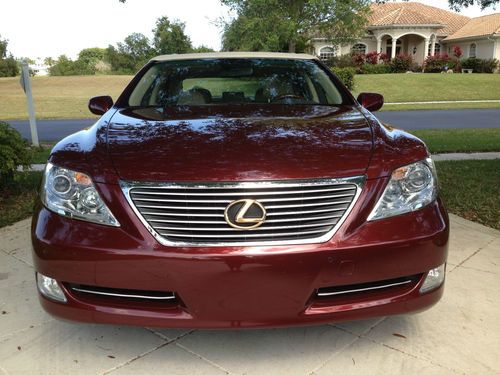 Up for sale is a 2008 Lexus LS460. The car is in excellent condition, has very low miles and was meticulously maintained. The also car has all available options for the 2008 year short of the Mark Levinson audio system. Packages include Navigation,

Comfort plus package, Back up camera, Preferred Accessory Package, Teleios Alloy wheel upgrade, Premium floor mats, Custom hand-done pin-striping,  and even a New Lexus umbrella. Tires are new and all services are up to date. Please ask if you
have any questions! The car is priced to sell, and ready to be moved today.