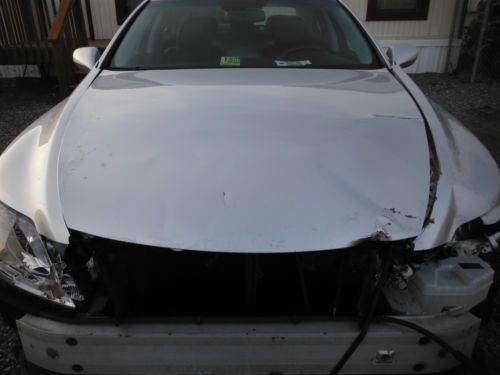 With so much hullabaloo being made over the first gasoline turbocharged engine produced by Lexus, it's easy to forget that there's another option for those who'd rather (barely) hear the whirring of electric motors than the high-pitched whizzing of turbos. That's too bad, because we think the NX 300h is one of the more interesting hybrids on the market, due in large part to its innovative all-wheel-drive system and relatively sporty driving dynamics. We spent several hours with the brand-new hybrid crossover from Lexus, and we came away with plenty to talk about.
Driving Notes
Of course, the big thing that differentiates the 300h from the 200t is its drivetrain. In place of the 2.0-liter turbocharged four-cylinder sits a 2.5-liter gasoline engine that runs exclusively on the Atkinson cycle to save fuel, augmented by a pair of electric motors and mated to an electronic continuously variable transmission. Lexus is no stranger to hybrids, buoyed by parent company Toyota's expertise, and the basic setup used by the NX 300h is a well-known quantity shared with the ES 300h.