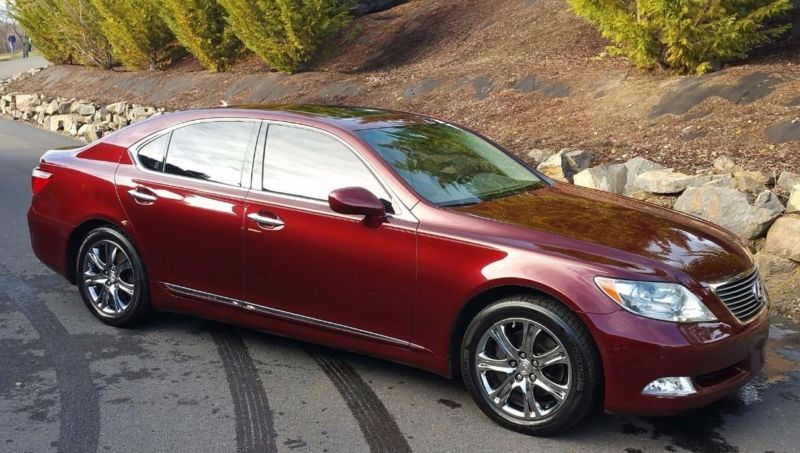 If you have any questions feel free to email: kyliebrandsrud@gmx.com .

It has been garaged its interior life. It has never been smoked in. Currently, it needs absolutely nothing but a new driver. There is no rust. It does not drip a drop of anything on the garage floor. This is truly a car that will not disappoint. It has never had any paintwork or ever been in an accident.

Within the last 5,000 miles I replaced front and rear brakes, the battery, and installed new Michelin tires. Everything on the car works and feels like it did the way it drove off the showroom floor.

The first photos of the new Lexus NX crossover have leaked onto the web over a week before its official debut at the Beijing Motor Show. These pictures are pretty blurry, but there is no mistaking that they show off the Japanese luxury brand's smaller, premium CUV.
While the teaser only gave us a glimpse at its pointed strip of LED running lights and angular grille, the new image proves that the CUV is definitely not afraid of sharp edges. However, compared to the original concept, it looks almost sedate. The production version drops the knife-like side mirrors for more conventional units, and the grille appears narrower. The vertical intakes at the edges of the front are dulled slightly but still present. The NX is indeed a polarizing vehicle - we'll be interested to see it in person. After all, we've grown to like the new IS after our first, shocking reaction. We should give Lexus some credit, too, for not following the premium CUV styling herd.
Seen elsewhere, these's an exterior photo that hints at a powertrain configuration. The bumper reads NX 300h, which likely indicates that there will be a hybrid version of the CUV. This is likely the same combined 220-horsepower system with a 2.5-liter Atkinson-cycle engine and electric motor found in the IS 300h in Europe. There is no word on whether that model will be sold here. It's rumored to be offered with a new 2.0-liter turbocharged four-cylinder as well. More details about the new Lexus are expected in China later this month.

Lexus is making the 2015 model year version of the GS 450h a bit more appealing with the addition of 18-inch, split five-spoke wheels as standard equipment, and the optional F Sport package to really turn things up. The infotainment system is also getting a few, minor tweaks. Lexus has not officially released photos of the GS 450h F Sport, or a car with the updated wheels.
Previously exclusive to the GS 350, the F Sport package sharpens up the GS 450h behind the wheel to make it a bit more engaging. Ticking that box sharpens the adaptive suspension, especially in Sport S+ mode, and it adds 19-inch wheels with larger front brakes and high-friction pads, as well. If buyers want to go even further, the Lexus Dynamic Handling system is also available to add active rear steering, Lexus spokesperson Bill Kwong told Autoblog. The powertrain is left alone, though, and its hybrid-assisted 3.5-liter V6 producing 338 total system horsepower still returns 29 miles per gallon city, 34 mpg highway and 31 mpg combined.
The F Sport package also adds a mesh grille and new front bumper and, at the back end, buyers get a rear lip spoiler and revised lower valence panel. Inside, there's a sport driver's seat with 16-way power adjustability, a black headliner and added aluminum trim.