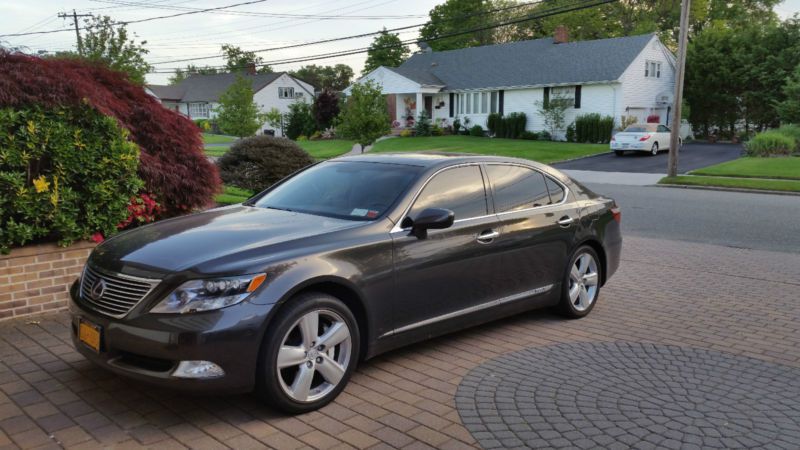 For more details email me at: shenitaayyad@netzero.net .
2008 LEXUS LS600HL LAUNCH EDITION NEIMAN MARCUS LS 600H
. Four wheel drive or all-wheel drive. This is by far the best car on the road. I will tell you as much as I can
about this Beast. First it’s great on gas for such a big car that is incredibly fast. 1st you would not
believe how fast this car is, 2nd you would not believe how Great it is on Gas!! I am not exaggerating at all.
There is a switch that reads Comfortable or Sport on the right side by the stick shift ( it’s not a stick). You
can really tell the difference when you switch from one to the other ( To really test it get off the highway going
very fast when the car is in SPORT you can hug the road without drifting to the outside of the road). I have owner
around 3 or 4 SL500’s over the years this big car handles better than the SL500 when it is in SPORT mode and NO
EXAGGERATING This put the S class to shame.

This summer, we brought you news that Lexus was recalling over 150,000 RX and RX hybrid crossovers tied to its massive pedal entrapment issue. An update to that story included word from the National Highway Traffic Safety Administration that it was considering launching a federal investigation into potential delays by the automaker in notifying owners about the problem. Now comes news that parent company Toyota will pay a hefty $17.35 million in fines for delaying its recall of the 2010 Lexus RX 350 and RX 450h. According to The Detroit News, the Japanese automaker is being forced to pay the maximum fine for delaying recalls - and this isn't the first time. In fact, this is the fourth time since 2010 that Toyota has been required to do so, including paying $48.8M in civil penalties in 2010 for failing to recall vehicles in a timely manner - in three separate campaigns.
In addition to the fines, Toyota has agreed to restructure the way it handles quality control and review "safety-related issues." Though the Japanese automaker has not admitted any wrongdoing, Toyota has agreed to meet with NHTSA for six months on the matter and may extend the meetings another six months.
US Transportation Secretary Ray LaHood says he is counting on Toyota to improve its ability to address such safety issues: "With today's announcement, I expect Toyota to rigorously reinforce its commitment to adhering to the United States safety regulations," he said in a statement.