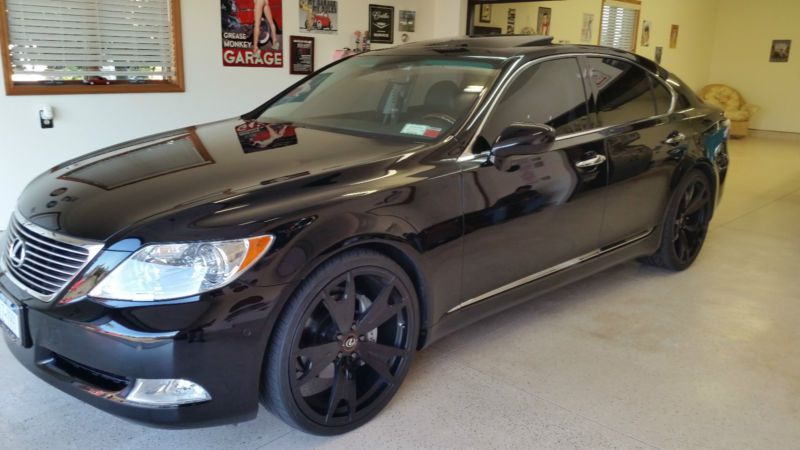 Please message me with questions at: carmelacrrenn@ukflorists.org . Up for sale is my absolutely perfect 2008 Lexus LS460, RWD. It has never seen rain or snow and garage kept
everyday. You will not find a better example of this car. It is in immaculate condition and you will not find a
flaw on the body or in the interior. The undercarriage and under the hood is as clean as the day it was made. The
car comes with a set of custom made Forgiato 22" Rims, black with flat black inserts and black barrels. Rim and
tires are valued at $7K. The factory rims and tires will be sold with the car also. The tires on both sets of rims
have 95% tread remaining.
Again, this vehicle has never been driven in the rain or snow.
This car is LOADED with every option available.
Carfax report is clear.