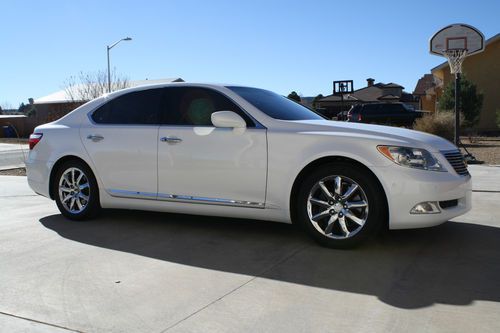 In case you're thinking, "But Lexus already has a seven-seat crossover in the GX 460," that's actually a proper SUV - the body-on-frame kind with the massive footprint and floaty handling. A report in Automotive News says that Lexus is trying to figure out how to produce a true crossover with space for seven humans, with the options narrowed down to growing the RX (pictured) or sorting out a brand new model.
How badly does the brand want it? Its chief told AN that another row is first on the list of dealer requests, that the offering could be worth 35,000 more sales per year and they don't care if it eats into five-seater RX sales - "We want it." But hey, when 40 percent of monthly sales are made up of the RX, and Lexus moved more than 103,000 of them in 2013, it's understandable that the company wouldn't mind risking a small hit for the chance to increase sales by a third of their current levels.
Toyota applied to trademark the name TX and that's already been mooted in reports as a replacement for the GX, said to end its life in 2016. The latest report, however, suggests that the GX might not go away since it's "highly profitable for the automaker, even at low volumes," and that "TX coding could merely be for a seven-seat variant of the RX 350." AN also wonders if this larger hauler would stay on the recently lengthened Toyota Highlander platform, which offers meager third-row seating, or switch to the rear-wheel-drive platform used by the IS and GS for tauter responsiveness. With Lexus saying it will be at least two years before it could be brought to market, we have a while to wait yet to find out.