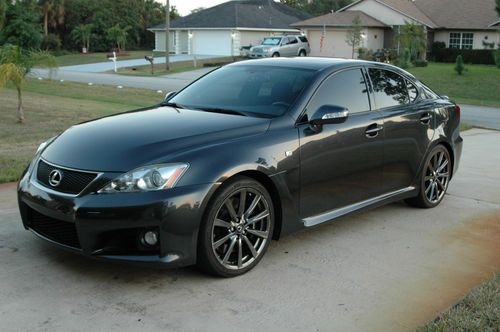 I am the second owner of this F. The car has had the oil changed every 5000 miles as Lexus recommends by Treasure Coast Lexus here in Fort Pierce, FL.
The car is is great shape, and it runs strong. It has never been in an accident, and has a super clean interior. Tires (Hankook V12) have about 80% tread on them. This is a stunning car, and gets compliments often. It gets good gas mileage considering its coming from a V8 416hp engine.
All manuals will be included, and 2 sets of fobs. Im also throwing in a second set of IS-F mats with the car.
Happy Bidding!