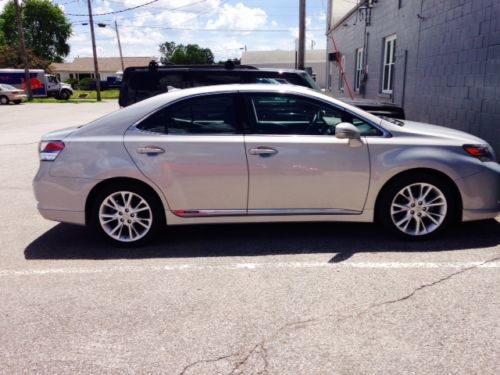 There's been a lot of news regarding future Lexus products recently, including spy shots of new RC coupe and NX compact crossover, and reports that a 2+2 coupe based on the LF-LC concept is heading for production. Now, Automotive News says that Japan's #1 luxury automaker is planning to replace the fullsize, body-on-frame Lexus GX SUV with a three-row crossover called the TX.
The article says that the GX, which is based on the foreign-market Toyota Land Cruiser Prado, will get a styling update for 2014 before being phased out in 2016. In a similar move as Infiniti made with its new three-row JX/QX60, the new TX will be car-based, but details are still unknown as to whether it will be front-wheel-drive riding on the Toyota Avalon platform or rear-wheel-drive using the Lexus GS platform. Either way, this new luxury crossover could join the Lexus lineup as soon as late 2016.