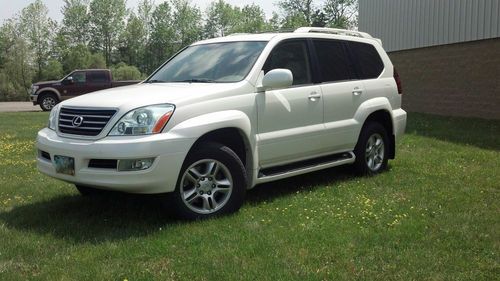 2007 LEXUS GX470 4X4 W/ 79K MILES ONE OWNER. MOONROOF, LOADED, LEATHER, 3RD ROW SEATING,TOWING PKG. CLEAN CARFAX AND SUPER CLEAN. THIS IS A NO RESERVE AUCTION BID WITH CONFIDENCE!! THE HIGHEST BIDDER AT THE CLOSE OF THE AUCTION WINS THIS IMMACULATE SUV. ANY QUESTIONS FEEL FREE TO CONTACT ME.

$500 PAYPAL DEPOSIT REQUIRED WITHIN 48HRS OF THE CLOSE OF AUCTION. BALANCE DUE WITHIN 7 DAYS.

BUYER IS RESPONSIBLE FOR ANY AND ALL COSTS ASSOCIATED WITH SHIPPING.