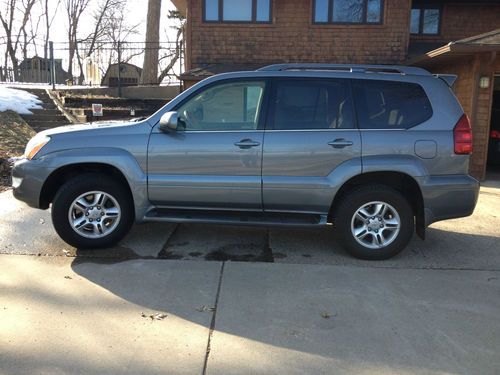 Overall the condition is very good.  There are some scratches as would be expected on a vehicle this age, and a cut on the corner of the rear bumper. I have done my best to include pictures of all the faults.
The interior is in excellent condition. There is a small hole on the rear passenger door trim (pictured).
Mechanically the Lexus is perfect, running on mobil 1 synthetic oil.
The rear tires have about 80% tread remaining (10k miles on them), the front tires have about 20% tread remaining.
Both original keys and books included.
Please contact me with any questions or to schedule local showings.

Japanese site CarWatch has revealed images of the next-generation Toyota Harrier, known to US and European buyers as the Lexus RX. The new model features a considerably more aggressive fascia in keeping with some of the latest Lexus design trends, while the back features a pair of wide, wraparound taillights.
The profile features a revised greenhouse, with a rather complex rear window treatment, while a subtle character line connects the front and rear taillights. According to the badging, the model shown features a hybrid powertrain, although there's little information on which engine is being used. We'd wager it's an evolution of the same 3.5-liter V6 hybrid found in the current RX450h.
This early look doesn't have a great deal of other info, and there are no images of the interior. We're not yet clear on how closely the North American RX will adhere to the Harrier seen here, but historically the two models have been quite close. That said, we'd expect a more prominent 'spindle' grille on the Lexus version than the baleen strainer on the vehicle shown here.