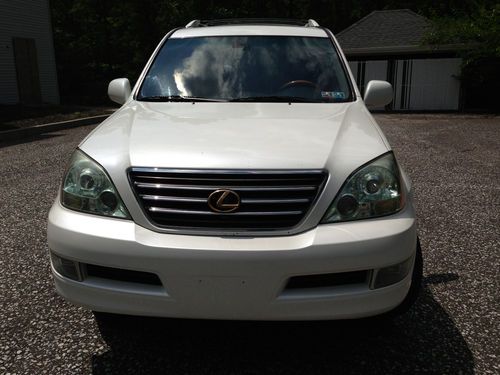 Hi, I am selling 2004 LEXUS GX 470 with 133000 miles. This SUV is amazing;
It has all kinds of options on it. It is loaded with power windows, power locks,
power mirrors, power heated seats, leather seats, cruise control, sunroof, 4*4,
hi and low suspension, 3rd row seating, etc. AC blows ice cold. Engine sounds great
and transmission shifts very smooth. I have taken a lot of pictures so,
you will have a general idea how the car is. It is one owner car since day one.
I have clear title in hand ready to transfer.

It feels like there is a secret law in Germany mandating that every domestic automaker there must offer at least one model with a four-door coupe bodystyle like the BMW Gran Coupes, Mercedes-Benz CLS and Audi A7. Several of the German brands even have the swoopy sedans in multiple sizes. So far, Lexus has stayed out of that fray, but maybe not for long, if a recently spotted test car makes it to market.
The brand is known to be testing a highly styled four-door coupe, roughly the size of the GS, under heavy camouflage. Little is known about the new model at the moment, but its existence makes sense. If it really wants to take the on Germans, Lexus is going to have to fight them toe-to-toe with competing models - especially with ones understood to have high margins.
Pictured above is a rendering from artist Theophilus Chin imagining a slightly smaller take on the genre based on the RC coupe, which he calls the RC GT. His design leaves the original shape almost untouched, but shortens the front doors to allow room for a rear doors under the arching roof. His GT would be aimed more against the BMW 4 Series Gran Coupe and rumored Mercedes-Benz C-Class four-door coupe, rather than the larger models Lexus actually appears to be targeting with its vehicle under development. His concept certainly nails the look, though, and while it might not have a basis in reality, we thought that it's well-resolved enough that you'd want to take a look, if only as a "what could've been" flight of fancy.