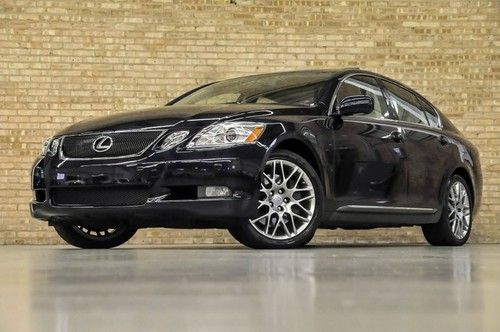 There's been a lot of news regarding future Lexus products recently, including spy shots of new RC coupe and NX compact crossover, and reports that a 2+2 coupe based on the LF-LC concept is heading for production. Now, Automotive News says that Japan's #1 luxury automaker is planning to replace the fullsize, body-on-frame Lexus GX SUV with a three-row crossover called the TX.
The article says that the GX, which is based on the foreign-market Toyota Land Cruiser Prado, will get a styling update for 2014 before being phased out in 2016. In a similar move as Infiniti made with its new three-row JX/QX60, the new TX will be car-based, but details are still unknown as to whether it will be front-wheel-drive riding on the Toyota Avalon platform or rear-wheel-drive using the Lexus GS platform. Either way, this new luxury crossover could join the Lexus lineup as soon as late 2016.

Don't let its supremely polarizing appearance fool you, this is not the Lexus LF-NX Concept that you (probably) had a strong reaction to when it debuted at the Frankfurt Motor Show. The German version of the concept car featured a variant of the Lexus Hybrid Drive system, while this LF-NX Turbo, well, it has "turbo" in the name, you see?
If fact, the namesake turbo would appear to be the first for Lexus; getting off the line in the forced-induction race with a 2.0T four-cylinder engine that "paves the way for the introduction of turbocharged powerplants in future Lexus models." Sounds good to us. The new turbo four has plenty of tricky tech, too. Lexus tells us that the engine makes use of an advanced high tumble port, fan spray fuel injection, VVT-iw variable valve timing, an exhaust manifold integrated into the cylinder head and, of course, a twin-scroll turbo with active wastegate valve. The result is said to be a blown engine that offers quick throttle response and "exhilarating" performance, along with excellent fuel economy and low tailpipe emissions.
As for the rest of the LF-NX Turbo concept? Well, you've seen this angular concept crossover before, basically. There's a slightly tweaked front end and new wheels sitting in slightly cleaned-up wheel wells. The boldest-yet version of the spindle grille still bears an uncanny resemblance to The Predator, and the slightly revised exterior visuals won't change your made-up-mind about this vision of Lexus' future.

With the teaser image of the concept car above and the announcement that Lexus will be premiering it to the world at the Frankfurt Motor Show on Tuesday, September 10, you know pretty much what we know. The Japanese luxury brand has decided to to say nothing more. Picture sleuthers have, however, suggested that it is a conceptual preview of either the RC Coupe or the hotter RC-F that will be revealed in Tokyo, or, less likely, the coming NX crossover - and that covers all the bases that we know of.
Along with that, Europeans will get to lay eyes on the GS 300h for the first time, the sport sedan powered by Lexus' 2.5L hybrid powertrain. You'll find a skosh more information in the press release below.