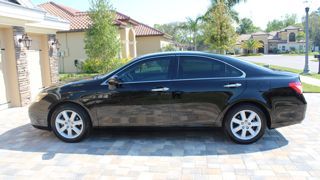 Lexus in no hurry to be a big player in China

For a while now, China's spiraling wealth, population and development has had the world's luxury automakers in an expansionist fervor, with many executives exhibiting the sort of gleefully maniacal behavior historically reserved for gold-rush prospectors. Yet Toyota, of all companies, is exercising a surprising amount of caution in the Asian nation.
As The Wall Street Journal notes, Toyota's premium brand, Lexus, sold all of 64,000 vehicles in China last year, while BMW cleared its books of 326,000. In fact, it didn't even bother entering the market until 2005, while rival Audi built its first car in the market a decade and a half earlier. Even now, Lexus doesn't build any vehicles in China, and with the country's notoriously high tariffs on imports, that's a major disadvantage. Yet the business daily quotes Lexus executive vice president Mark Templin as saying that the brand is nowhere near ready to start building cars in the market. "We're not having those discussions about when we're going to go to China... We have a lot of work to do before we get to that point."
Part of that work includes establishing a more expansive dealer network - Lexus only had 99 stores as of 2012, while rival Mercedes-Benz had over two-and-a-half times as many, and it's still expanding. Adding a lot of dealers without having a goodly number of competitively priced offerings for them to sell may seem like an odd strategy, but Templin tells the WSJ that the goal is to "cultivate our image for quality and customer service and let the customers that we have go tell that story for us."