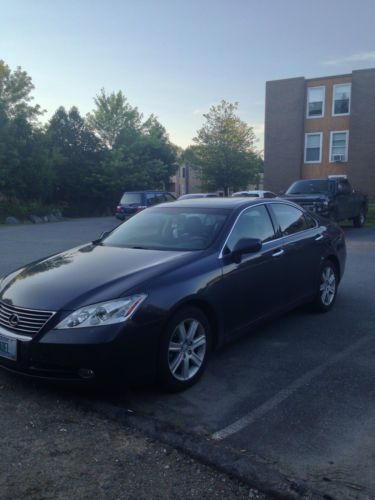 It's a good thing senior editor Seyth Miersma doesn't live in Japan, or he wouldn't have been able to snap a photo like the one you see here, of a fresh-off-the-line Lexus RC F on hand at a first drive for media. That's because Toyota's Japanese arm has outright canceled its RC press launch. Sure, we've heard about events being delayed, but canceled? That's rare. Even worse is the reason: according to Automotive News, the event was nixed due to lack of interest. Wow.
In an email to media, Lexus said the event "has been canceled due to insufficient attendance," according to AN. The News posits that perhaps it would have just been better to hold the event anyway, in an attempt to save face, and that this is another example of the Japanese culture (especially youth) becoming less and less interested in cars. Of course, there's also the thought that local media just didn't want to drive out to Yokohama to drive the RC on a not-so-sexy press launch, which, if you ask us, is an incredibly lame excuse (do your jobs, folks!).
Either way, will this bode well for the Lexus RC's public launch? Will it receive the same lukewarm response when it arrives at Japanese dealers? We'll see.

Fancy yourself an example of Lexus' take on the BMW 4 Series and Audi A5? Well, now you can customize your very own RC on Lexus' consumer website. With prices starting at $42,790 for a rear-drive model while an all-wheel-drive RC kicks off at $45,025. Neither price includes Lexus' *$925 destination charge.
With a wild (by Lexus' standards) color palette and the option of regular and F Sport trims, there's a fair amount to play with in this configurator. That said, it follows the brand's typical strategy of offering colors and upholsteries along with a wide range of pre-determined options packages.
For those waiting on the configurator for the RC F, it looks like you'll have to wait a big longer, as Lexus hasn't launched a builder for its high-performance, 467-horsepower, $63,325 coupe. Stay tuned for that one.