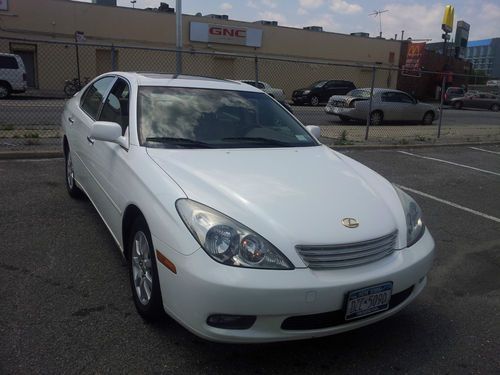 Condition: UsedA vehicle is considered used if it has been registered and issued a title. Used vehicles have had at least one previous owner. The condition of the exterior, interior and engine can vary depending on the vehicle's history. See the seller's listing for full details and description of any imperfections.Seller Notes:"Overall, the car is in excellent condition and runs perfect. Brake pads and rotors need to be replaced soon. VST and trac off light is on, and I am assuming it is because of bad o2 sensor. I am selling my car as is."

Up for sale is 2003 Lexus ES300.Currently has 99,200 miles on it.Everything is in excellent condition. It has a navigation.Please contact me for additional information.