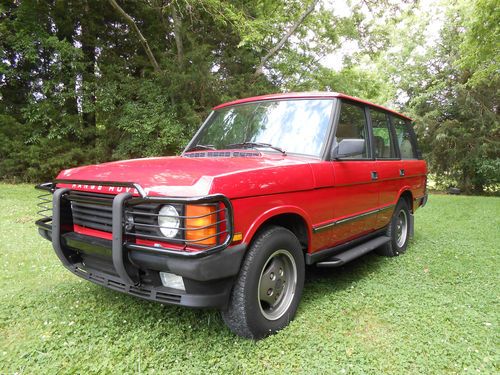 This is one of the cleanest early rovers I have seen in a long time. It has had one repaint and looks like the only rust was in the drivers floor but it has been repaired. Everything is original except I just had a new cd player put in. I also had full tune up and full ck over. Every thing works well but it does have the normal rover electric quirks like slow windows, passenger seat controls and sunroof. This is a nice rover and will make someone a cool ride or off road toy. This is no reserve so make sure you can close the deal. thanks