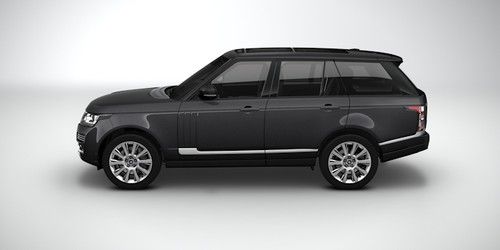 Condition: UsedA vehicle is considered used if it has been registered and issued a title. Used vehicles have had at least one previous owner. The condition of the exterior, interior and engine can vary depending on the vehicle's history. See the seller's listing for full details and description of any imperfections.Seller Notes:"AS NEW!! CAR IS PERFECT"

I REALLY CAN'T SAY ENOUGH ABOUT THIS VEHICLE.

Looking to make a Quick Deal

This car was delivered just this past June 28th after waiting over 4 months for delivery. Purchases at Ray Catena Edison, NJ

Don't miss out on this opportunity to buy a top of the line perfect, Range Autobiography and avoid the wait.

These pictures are stock photos, but this is exactly what the vehicle looks like.

Check my feedback.  I'm a 100% legit seller and this is my private car.