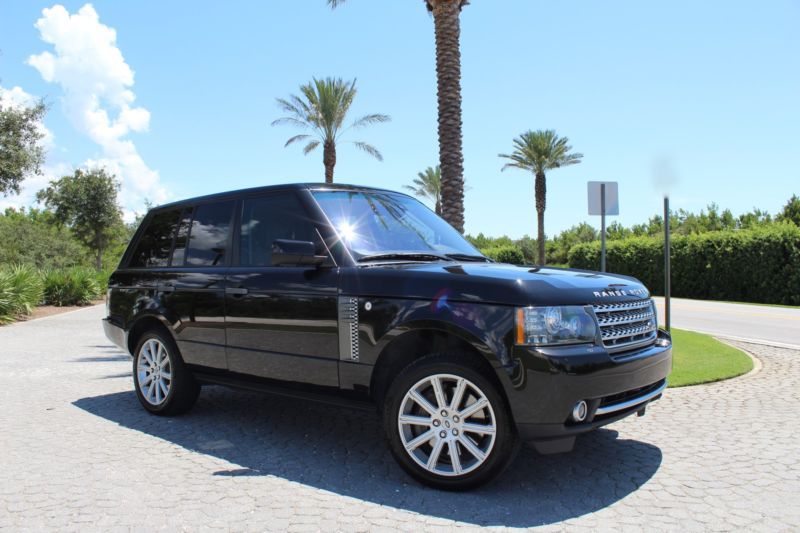 My 2011 Range Rover SuperCharged for sale. This is ONE OWNER abosutely amazing vehicle, this is
not your used car lot car that has had 2 or even 3 owners at all, this is a Rovere that has been maintained to the
tee. The rover is in amazing shape Inside and out, the supercharged motor is the only way to go, the power is
incredaible and very smooth as well. We are a very small independent broker dealer that bascially hand picks the
vehicles and we do not have to buy in bulk like most dealers, sometimes as in this case it takes months to find the
right Rover with this Color Combo that is by far the most desriable on the market, and being a One owner with a
perfect service record. The outside of this rover still shines just like new and gets compliments every where you
go in it, it is the supercharged model so it has the upgraded from grill and the upgraded wheels. The Michelins on
this rover just like every thing else are in amazing shape with about 90% left on them. This Range Rover on the
inside has the beautiful Buckskin Interior with the Black piping and it is stunning! The inside of this rover is in
amazing shape as well with ZERO stains or marks on the leather, the driver seat which on most rovers is very worn
and cracking but not this Rover. The Rover has every option, the amazing vision assist which if you haven't ever
had that option on car it is very convenient to have, the rover also has rear T/V's with the factory headsets which
appear to have never even been opened before which would explain how great the condition of the rear seats, also a
Sunroof, active cruise control, High beam assist active front Zenon headlights which is another amazing feature not
having to turn your brights off every time a car comes up, it does it for you, also has the very rare rear power
reclining REAR seats, the rover has all the books and also two sets of keys.. Don't miss this black Tan, there are
Black on black rovers everywhere but very little of this combo it will go fast..
The window sticker on the Range Rover was 103,806.00