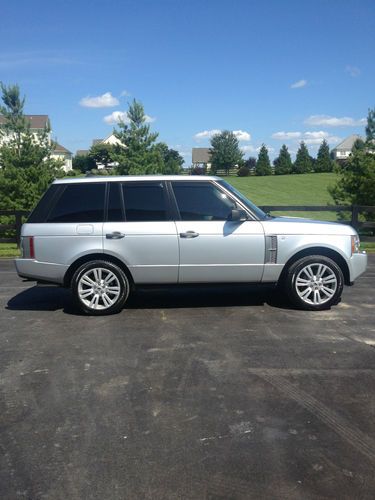 Condition: UsedA vehicle is considered used if it has been registered and issued a title. Used vehicles have had at least one previous owner. The condition of the exterior, interior and engine can vary depending on the vehicle's history. See the seller's listing for full details and description of any imperfections.Seller Notes:"No scratches inside or out, always dealer serviced the entire life, carfax upon request, 2010 model 20" range rover rims with new Pirelli Scorpion Zero tires less than 10K miles on tires."

Please contact me for any details.  This is a great ride, mainly highway miles.