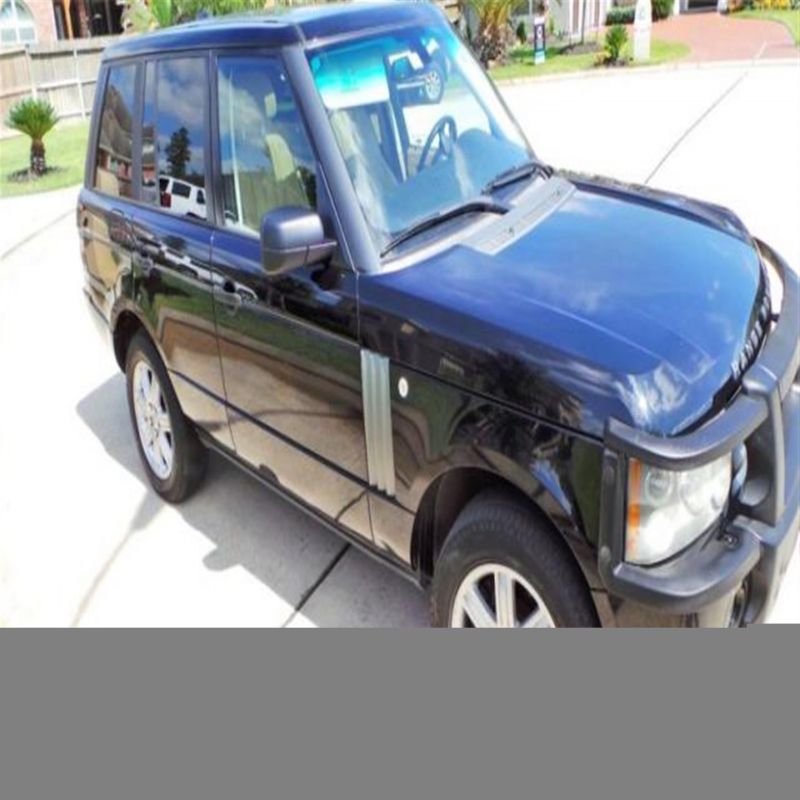 For more details eMail me : claud9mgsugden@netcourrier.com

2006 Range Rover 172,989 miles Price $6,850 I am not a dealer this is ourpersonal car that I am currently using as a daily driver, I have owned thisRange Rover for the past few years. It is being sold as is so please be sure youare ok with that. I have in the last couple of years put a used transmissionwith approx 68,000 miles when installed price approx $3200 ( to me it stillslips a little), new ac compressor $1000, new water pump $450, new fuel pump$450, new fuse box $450, new Michelin latitude tour hp tires $1200 all OEMmanufacture parts and all repairs done by British Unlimited in Spring, Texas whoare certified Land Rover Technicians. Also I installed a new all aluminumradiator a few years ago. There are also repairs that I do not remember. I havereplaced the brakes within the last couple of years at a cost of $800 but it isprobably time for them to be looked at again. Also there is a slow coolant leakthat takes about month or two before needing a little coolant. Smoke Free HomeCar Cash or Money Wire sale only. I have the title in hand. This is not awrecked or salvaged title. Driven mostly by my wife as a daily driver and out oftown trips. I drove it to out of town a few times over the past last couple ofmonths. Cosmetics are fair. With Range Rovers always expect to do repairs andmaintenance. Especially on a high mileage truck.