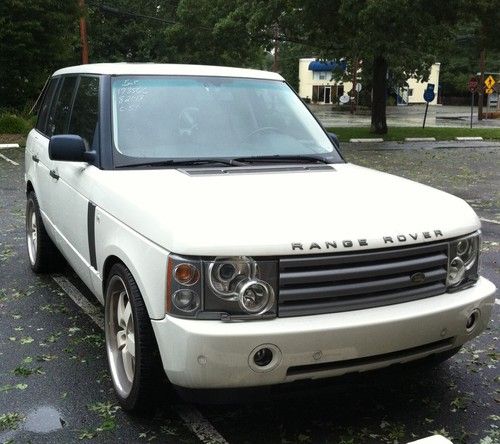 Condition: UsedA vehicle is considered used if it has been registered and issued a title. Used vehicles have had at least one previous owner. The condition of the exterior, interior and engine can vary depending on the vehicle's history. See the seller's listing for full details and description of any imperfections.Seller Notes:"the ride height is not even on the front suspension. needs repair, sold as is with no warranty"

Beautiful interior with all the electronic options, TV, leather, NAV, CD, custom speakers in the back. Extra set of wheels and tires come with the purchase, original rims. Buyer must pick up and ship vehicle. $500 Deposit required within 48 hours of purchase and final payment of balance due within 7 days. Cash, Paypal, bank transfer accepted. No personal checks please.