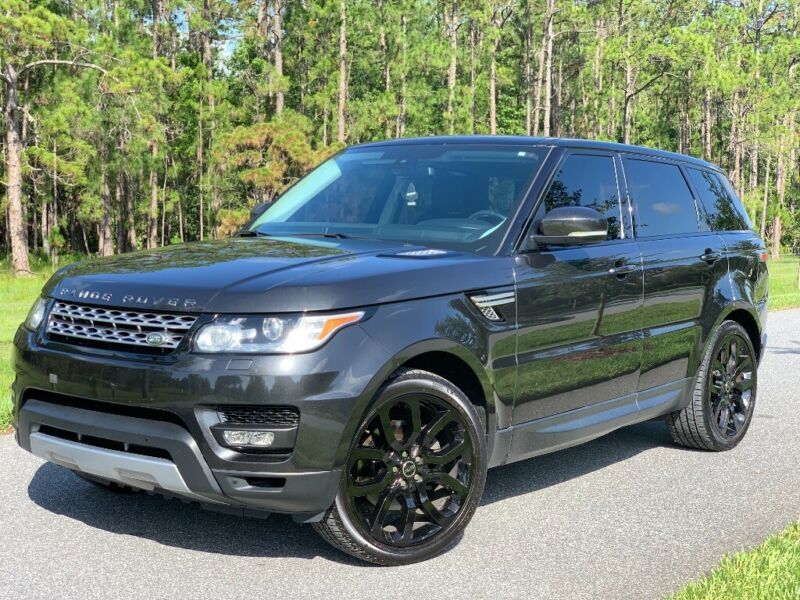 THE TRUCK JUST GOT THE 80K SERVICE WHICH HAD OIL CHANGE CABIN & AIR FILTER FUEL FILTER PLUS A FULL INCEPTION, ALSO
IN APRIL OF 2019 GOT A NEW BATTERY AND BRAND NEW CONTINENTAL TIRES ALL AROUND 275/40/22 WHICH HAVE OVER 90% TREAD
LEFT.
RARE STOCK COLOR COMBO 2 TONE SCTOIA GRAY WITH BLACK ROOF AND PILLARS BLACK AND GRAY INTERIOR 22' STOCK RIMS.
THIS RANGE ROVER IS LOADED WITH OPTIONS LIKE SMART KEY, PUSH BUTTON START, NAVIGATION, REAR CAMERA, FRONT AND REAR
PARKING SENSORS,FRONT HEATED COOLED SEATS, REAR HEATED SEATS, HEATED STEERING WHEEL, REAR ENTERTAINMENT SYSTEM,
AUTO CHILD LOCK, AIR SUSPENSION, REAR POWER LIFT GATE, PANORAMIC SUNROOF, 12 WAY POWER SEATS, BLUETOOTH, AUX, USB,
FRIDGE / COOLER IN THE CENTER CONSOLE, LED DRL, SELF MOTION BY XENON LIGHTS,AND MUCH MUCH MORE!
THE EXTERIOR IS IN AMAZING CONDITION BESIDE THE LITTLE SCUFF SCRATCH ON THE TRUNK LID ALONG WITH 1 SENSOR THAT GOT
PUSHED IN WHILE MY WIFE REVERSED IN TO MY SONS BIKE IN THE GARAGE (DETAILED PICTURE ADDED) NO OTHER DENTS DINGS OR
SCRATCHES, THE TRUCK RUNS AND DRIVES FLAWLESSLY SHIFTS PERFECT WITH NO ISSUES WHAT SO EVER AT ALL.
THE INTERIOR'S IN BEYOND AMAZING CONDITION NO RIPS NO PETS NO SMOKING NO STAINS NOTHING EVERY SINGLE THING WORKS AS
IT SHOULD ALL BUTTONS FUNCTIONS I MEAN EVERYTHING AC AND HEAT BLOWS PERFECT.