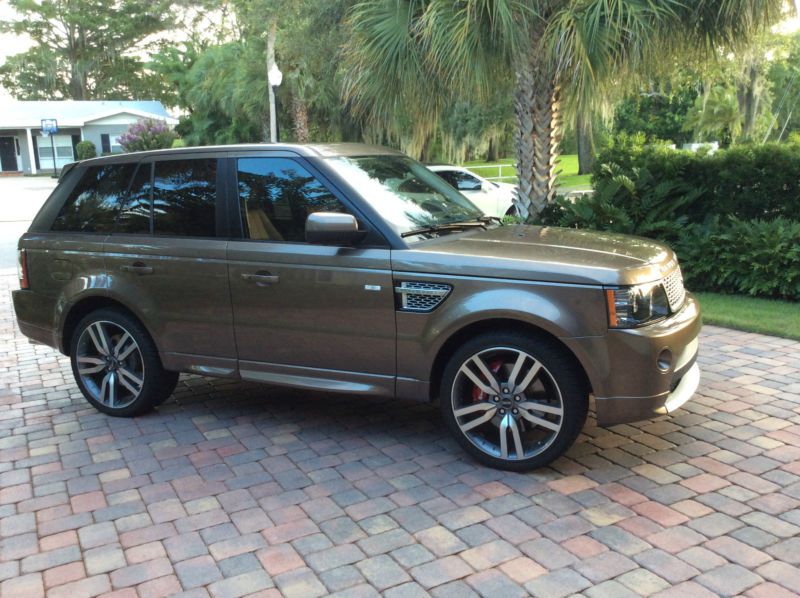 I am always available by mail at: morganmggilcher@westhamfans.com .

Here it is, the Rare, Rare one you've been waiting for!! So the vehicle is a special order Autobiography edition,
two tone seats, birds eye matching maple wood trims, matching 2 sets of floor mats, simply loaded out. 22" wheels
and tires with 6,000 miles on the tires. All factory dealer service, up to date performed by Orlando Land Rover.
Color is the again very rare Java Tan, beautiful color. Take your time, look at the photos. You won't see another
one like it. Plus a Texas, salt-free car. Now makes it's home in Florida. I am the second owner and a car
enthusiast. This is my 4th Land Rover. I am THE owner, with a clear title,