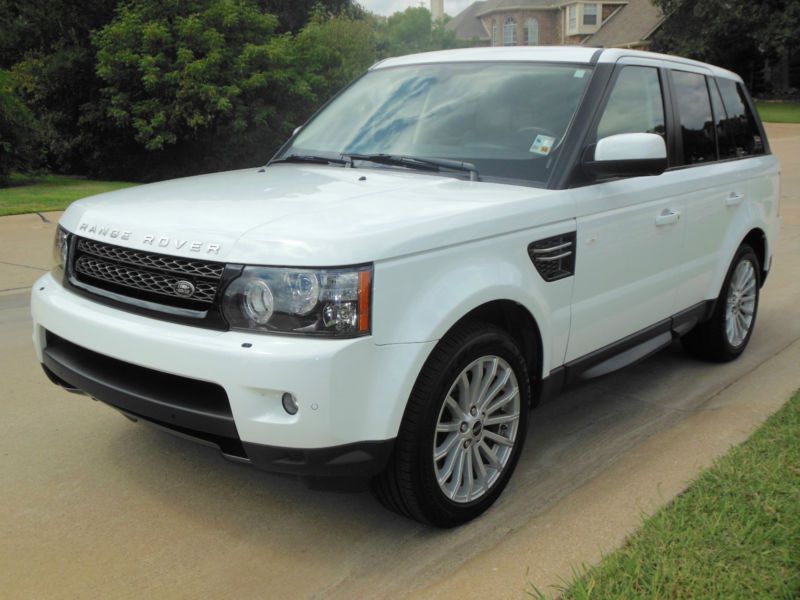 If you have more questions or want more details please email : deondbberes@arsenalfans.com . I will be forwarding the Original Window Sticker, 2 factory key fobs/remotes, all the factory manuals, and all service history receipts. Please be aware we just spent $3500 on New Brakes (front and rear) New Rotors (front and rear) and brand new Dunlap's all the way around, and an oil change (see receipts)!! You will not have to do any maintenance on this Range Rover for many years!! Please call me with an offer or any questions you may have about this fabulous Range Rover. The 2012 model year brings upgraded technology. The 2012 Range Rover Sport gets a new electrical system, updated infotainment functions and other amenities. 2012 Range Rover Sport models comes standard with an upgraded 380-watt harman/kardon audio system with 14 speakers; an optional system delivers 825 watts through 17 speakers. The hard-drive navigation system that comes standard on all 2012 Range Rover Sport models features updated graphics for more user-friendly operation. And a new Say What You See voice activation feature for onboard and connected devices on 2012 models helps the user learn applicable voice commands by displaying a step-by-step format on the bigger, 7-inch touch-screen.