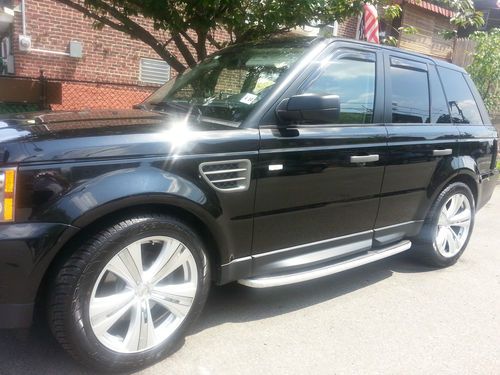 must sell ,buying my 1st home , just bought car and hate to get rid of it ,it practically looks new inside/out ,previous owner stated their was a minor accident in mcdonalds parking lot ,there was very minor  damage, the rear light got cracked   and the elderly ladies car did have minor  damage ,and she  still wanted it reported...don't let this scare ya away, truck is like new and to back this up it clearly states in the report (NO MAJOR DAMAGE INCIDENT REPORTED )will be posting more photos once weather clears up ,has many features including :premium tan leather package,wood grain ,premium radio w/satelite capability and harmon kardon speakers,6 disc cd,navigation ,rain sensing wipers,cold weather package incl. heated front windshield ,heated front headlight washers,cold cooler box in center arm rest ,fog lights ,brand new 20in rims and hankook tires cost me over $2500,  ...power trunk,cruise control ,moon roof,active transmission,headlight control active ,power /heated seats ,upgradred side steps,rear grill lens protectors ,front hood spoiler,bluetooth phone capability,motor is mint . ..I WILL SAVE YOU ON THE STATE TAX , (201) 303 7923