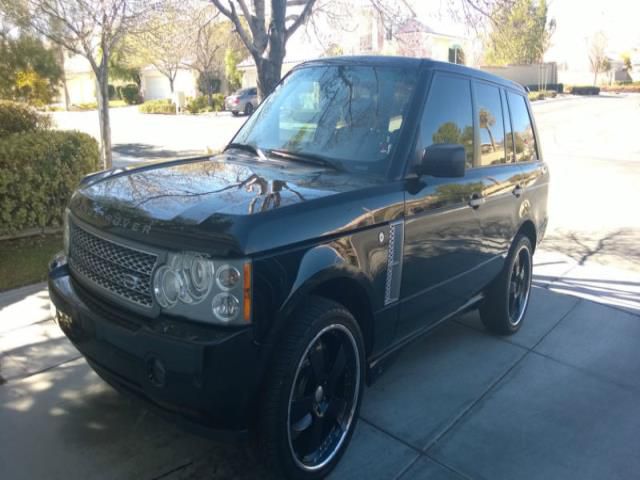 If you do your research you will know that transmissions and suspension bags go bad in this model of range rovers. When they go bad the cost to replace is incredible, $8000 for a transmission. and over $3000. for suspension bags. If you are looking at a range rover that still has the original transmission and suspension bags be prepared for a very expensive repair. This one has had both replaced for $11000 by the dealer, with receipts. 22 inch custom wheels Excellent Performance!!! Must see this well-equipped 2006 Land Rover Range Rover Supercharged Sport Utility 4D it's in excellent condition. Exterior finished in Black with Black leather interior. Runs Perfect Moon Roof, Navigation, Bluetooth Wireless, Cruise Control, All Power Options, Memory Seating, Heated Steering Wheel, Heated Seats, Harman Kardon Sound CD, Back-up Camera, Parking Sensor, Privacy Glass, Towing Package, Alloy Wheels and a host of other premium amenities. All scheduled maintenance has been performed on time. Non Smoker. Private seller ready to sell TODAY! Title in Hand. Excellent Choice!!! Call or email for additional information.