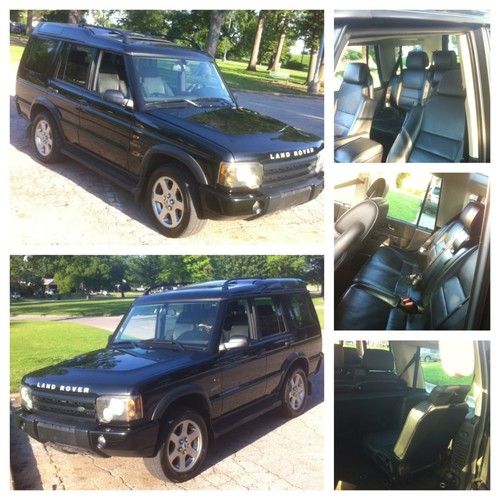 Condition: UsedA vehicle is considered used if it has been registered and issued a title. Used vehicles have had at least one previous owner. The condition of the exterior, interior and engine can vary depending on the vehicle's history. See the seller's listing for full details and description of any imperfections.Seller Notes:"Everything is in great condition. This has every option available for these models. There is an exhaust bracket that has come lose that makes a noise sometimes. No mechanical issues as of now."

Smoke free.  Rear AC. Rear DVD. Jump seats.  Tow package.  Leather and wood grain.  Obtained this in Tulsa and has been serviced at Land Rover.  Must be picked up locally and paid.