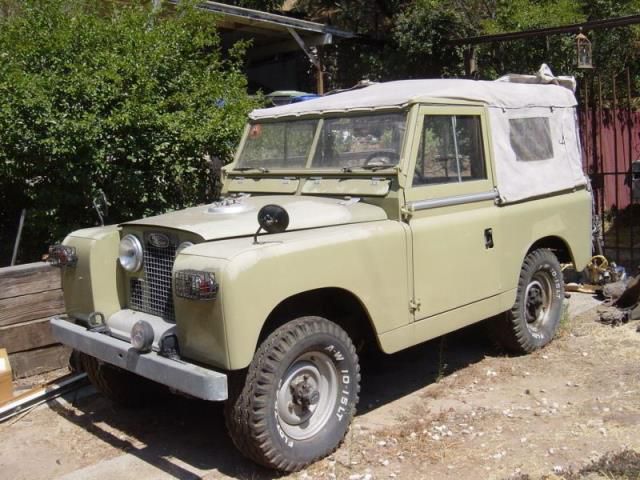 Very early Series II 88 inch Land Rover.1958 was a split year with both Series 1 and 2 offered in the same model year.Truck runs and drives has a solid original body with some rust bubbles at driver door bottom corners and edges.Body is very straight with few flaws.The paints clear coat is peeling off in fender and hood areas. Original engine with alternator replacing generator and Weber carburetor in place of Stromberg.Original transmission with non original Superwinch overdrive fitted. Truck has been sitting unused for a number of years= brakes are poor but do pump up.Tires are old and cause steering shimmy.All lights and turn signals are working -all new lenses fitted with guards.Vintage fog light is not connected.New top is older and will need replacing fairly soon,Seats are in need of reupholstery and seat belts have been fitted.