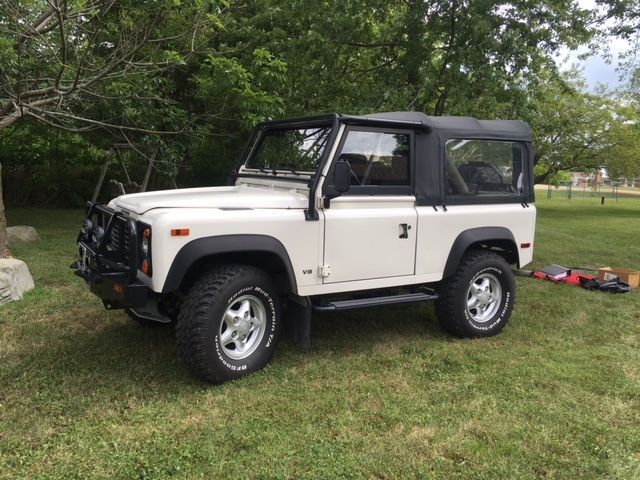 1997 LAND ROVER DEFENDER V8 WITH AUTOMATIC TRANSMISSION
THE LAND ROVER IS A STUNNING EXAMPLE OF A LOW MILEAGE LAND ROVER WITH GENTLE AND PAMPERED MILES PUT ON IT...YOU CAN
TELL JUST FROM THE UNDERNEATH OF THE LAND ROVER IT IS IN FANTASTIC SHAPE EVEN FOR THE HIGH END COLLECTOR
DRIVES AND RUNS NICE.
I HAVE THE ORIGINAL SALES ORDER SHEET, MANUALS, AND THE DOOR SLEEVES PLUS THE ORIGINAL FRONT BUMPER ASSEMBLY AND
GUARD.
THE LAND ROVER DOES HAVE FANTASTIC A/C AND IT WORKS GREAT ...