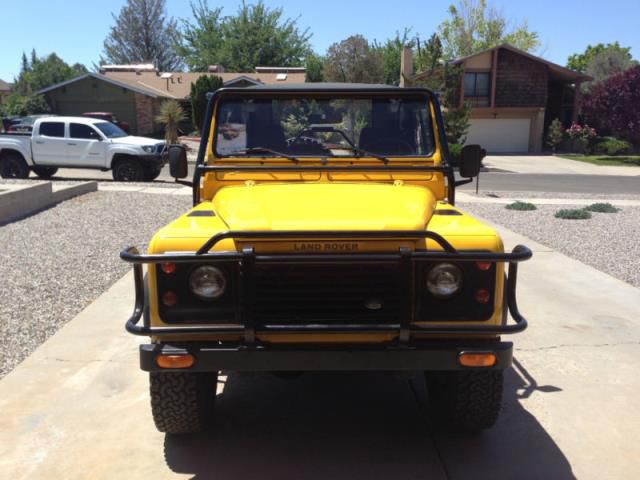 1994 Land Rover Defender 90 Free delivery!! RHD, AWD, Locking center Diff, Soft top, Bikini top, roof rack, Defender workshop manual, Rover V8 engine manual If you are viewing on mobile please go to this link for a short video tour. http://youtu.be/mN8pVS_C1Ls Due to the angle of the sun while filming the video and taking pictures some of the color looks washed out in certain pics. This is not accurate. The paint is bright and the interior is very black and not washed out by the sun. The front windshield has a small crack and a couple of nicks. New new tires. One of the nicest looking defenders i have seen. You will not believe the condition of this 20 year old vehicle. Dry climate truck with zero rust. Paint looks new, very bright and shiny. Drives straight and true, no wobbling or shaky bits. These vehicles are actually going UP in value. I will have the vehicle delivered to the lower 48 at my expense. I will assist in shipping worldwide with the difference in shipping at the buyers expense.