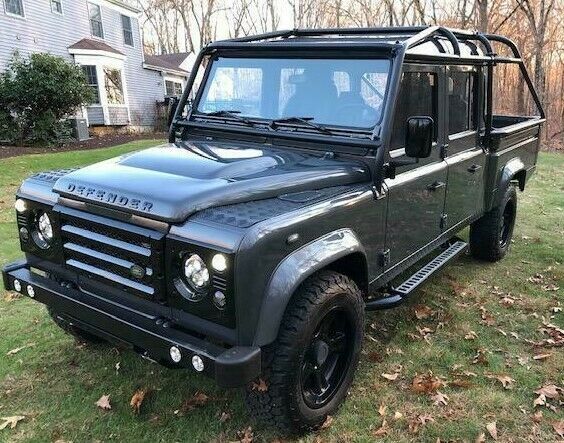 This is an extremely rare, fully restored, Land Rover Defender 130. The vehicle was completely dismantled and
restored, painted in Waitomo Grey with Santorini Black accents. It is fitted with the incredibly reliable Land
Rover 300tdi turbo diesel injected engine, mated to the R380, 5 speed manual transmission. This Defender rides on a
Terrafirma suspension, 18" Nemesis wheels and new BF Goodrich A/T tires. The interior features new Exmoor elite G4
style seats, heated in front and Exmoor premium carpet throughout the interior. the interior and engine
compartment are lined with dyanamat for sound proofing.

- Fire and Ice side steps