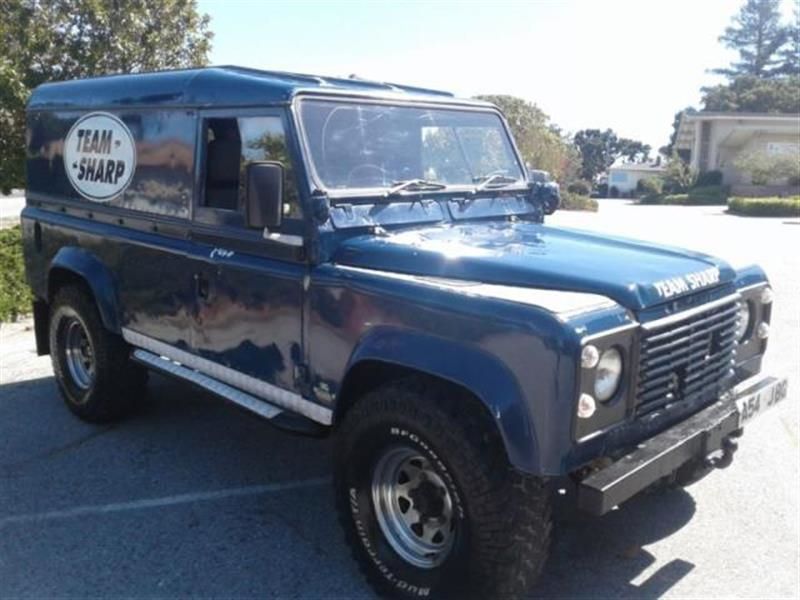 My eMail : ArnulfoSnyderul219f@yahoo.com VERY SOLID 1984 LandRover Defender Series, 110 model. First year of the realDefenders to replace the aging 109 and bumpy, stubby 88's. This example isequipped with Power disc brakes, Power steering and the most important revisionof coil spring-suspension to replace the obsolete leafspring type of the 109 and88 models. VIN # is SALLDHAH7AA203488. Solid TWO-OWNER Land Rover, residing herein California since 2014, having been purchased in the UK from Team Sharp, aBritish Off-road competition venue, where it performed the duties of support-vehicle until early 2007, at which time it was purchased by the current owner.It resided in the UK until 2009, when it embarked in a cross-Europe trip thatencompassed Sweden, Denmark, the Netherlands, Belgium and Germany, making itsway to the U.S in 2010. This Defender 110 is completely original, exactly as itwas originally built ( except for updated larger 16" wheels). 109k original kms.It starts immediately, idles and drives well.There is no rust or corrosion onthis vehicle as it would be normally expected, with a SOLID chassis, doors andfloorboards, other than some minor surface on areas of exposed metal (notperforation), and a small area above the left air-intake flap. Door frames,panels and bottoms are solid. I have chosen not to cover the whole underside upwith black Rustoleum paint or WaxOyl like most sellers do, in order to cover upimpending rust issues !