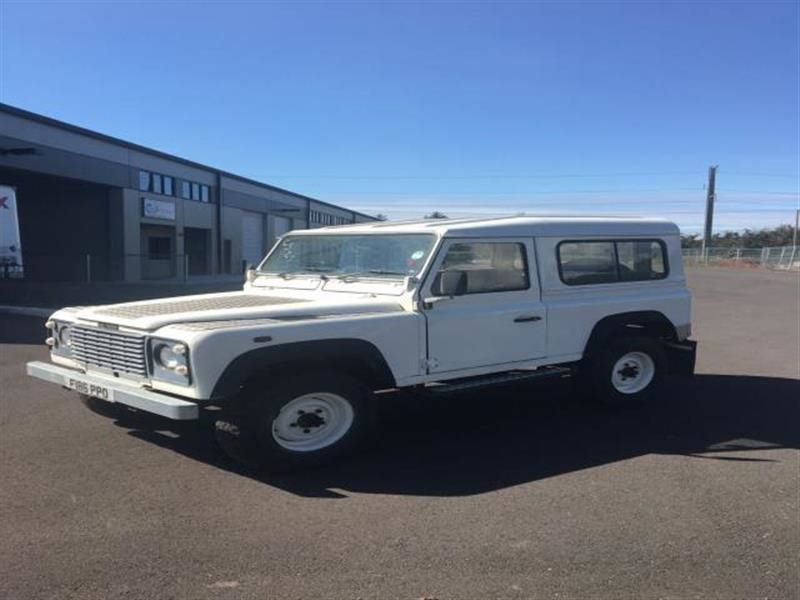 Email me at : SamanthaJannuschl02246@yahoo.com Very Low Original Miles Defender 90 - Best Deal On Ebay/ In The Usa On ASuper-solid Nice Running And Ready To Use Daily Defender 90 Civilian StationWagon. 4- Cylinder Gasoline Is Zippy And 'sippy' - Gets Good Mileage,Too @ About 20-22 Mpg. Very Solid, But Not Cosmetically Perfect. This Is AZombiemotors Import, So All Proper Import Paperwork Was Performed, And It WillHave A Clear Oregon Title For The Buyer - Transferable To All 50 States, NoProblem. There Are Many More Photos And Details Available, And Truck IsAvailable For Local Sale For $12,000 ------ I Reserve The Right To End ThisAuction At Any Time, I Suggest Of You Want To Buy It You Ring Me Up At The ###In The Ad Title. I Hand Select My Defenders In The Uk In Person , Which Is WhatMakes Me Differnt Than Most Of The Other People Selling Defenders Here. Mine AreCheap, And They May Not Look As Nice In The Photos As The Ones With Recent(cheap) New Paint Jobs, But My Chassis Are Solid, There Are No Holes In TheHoles Or Bulkheads, And Did I Mention My Trucks Are Cheaper Than EveryoneElses?? This Truck Has The Rare , Here , 2.5l Gasoline Engine. Quiet, EasilyGoes 70 Mph, And Returns 20-22 Mpg. This Truck Is Ready To Roll Now And Be YourDaily Driver. You Can Fix It Up To Be An Awesome Rover, Or Just Keep It As ABeater And Use Every Day , Tow Your Trailer, Or What Have You. I Ship VehiclesAll Over The Usa Every Month, I Can Get Great Rates If You Need This TransportedTo You - Message Me