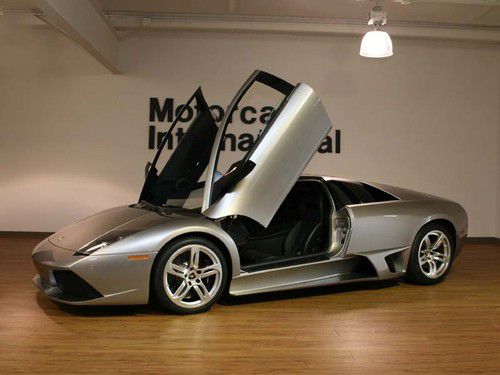 Boot-shaped shaped Italy has been molded as much by it's Hollywood-fueled history of organized crime, as it has by its footwear-aping borders. One of the more peaceful methods used by that famous mafia is, of course, bribery. While we doubt the Cosa Nostra has planted "made men" in Sant'Agata Bolognese, based on the recent actions of Lamborghini, we do think the company might be bucking for leniency on Italian speeding tickets.
The supercar manufacturer has announced that it will sponsor the Fiamme Oro, the Italian State Police's sports association. Lambo will supply the Italian fuzz's athletes with winter and summer tracksuits, polos, jackets, hats and bags. Collezione Automobili Lamborghini, the company's lifestyle arm, designed the kit, which will feature both the iconic raging bull logo as well as the State Police's logo.
Of course, we jest about Lambo's involvement with the Italian State Police, but this has been a long-running arrangement dating back to the first Gallardo police car, back in 2004. With this new arrangement, and the donation of a new Huracán police car, we feel confident that Lamborghini owners should enjoy free reign on the country's auto stradas.

Lamborghini may not offer a manual-transmission option on the new Huracán - so few customers were asking for it on the preceding Gallardo as it was - but don't think that it won't pursue ever more hardcore variants. And that will reportedly include a rear-drive version.
Speaking with journalists at the Pebble Beach unveiling of the new Huracán Super Trofeo, Lamborghini CEO Stefan Winkelmann is reported to have said, "We did it with the Gallardo so it might be an option. We are a four-wheel-drive super-sports car [manufacturer] but why should we not do a rear-drive option?"
The rear-drive Huracán would naturally shed a few pounds off the all-wheel-drive version's curb weight, but the question is just how much. There is said to have only been so much of the AWD system that Sant'Agata was able to strip out of the Gallardo to make the rear-drive Balboni edition after the fact, but if the Huracán was engineered from the get-go for both drivetrains, the rear-drive version could prove that much more thrilling to drive.