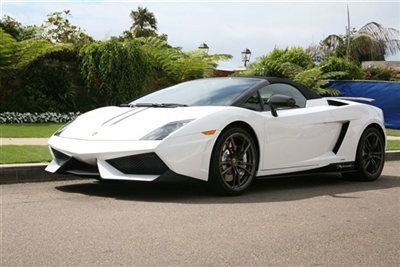 Is Lamborghini readying a hybrid for Paris?

Lamborghini had us seriously stumped when it released its teaser (above) for a new vehicle that'll debut at the upcoming Paris Motor Show. The image seemed to depict a fastback GT somewhat reminiscent of Lambo's earlier 2+2 models like the Espada, and was accompanied by the sentence, "Once perfection is achieved, you can just double it." We're still not entirely sure what the means, but a possible leaked logo for the car might offer some big hints about its powertrain.
According to the Office of Harmonization in the Internal Market in Europe, Lamborghini applied for a trademark on the name Asterion on September 15 to cover vehicles, clothing, toys and video games. The logo (right) included a lightning bolt slashing through the 'O' in the word. That could suggest this forthcoming vehicle is a hybrid, but it's also not clear whether we're going to be hearing about a pure concept, or a production model.
The name itself might also be a tell. Asterion is one of the names for the Minotaur in Greek mythology, which is a creature that is part bull and part man. This could be another indication that the concept combines the traditional Lamborghini style with something else.

This is Lamborghini's evil-looking new racecar

As a part of the festivities to launch its Aventador Roadster model, Lamborghini has announced that is returning to racing with the new Gallardo GT3 FL2 and its in-house race team, Lamborghini Squadra Corse. The new race-spec Gallardo, co-developed with Reiter Engineering, will initially compete in motorsports series such as the Italian GT3 Championship, Asia Le Mans Series and the single-make Blancpain Super Trofeo Championship. Additional series will be announced later including races in the US next year - possibly as a part of the new Grand-Am/American Le Mans Series series.
Reiter Engineering has been building racing Lamborghinis since 2000, but this will be the first time it has worked in cooperation with the automaker to create a car.Other than the obvious aero changes such as the front splitter, rear diffuser and massive rear wing, the 2013 Lamborghini Gallardo GT3 FL2 also received some weight reduction, better brakes and engine cooling and, surprisingly, improved fuel consumption. The car dropped about 55 pounds compared to a standard Gallardo, and since it was designed to compete in endurance races, it was given "24-hour" brakes, although we don't actually know what changes were made.
Deliveries of the Gallardo GT3 FL2 will begin in March with a starting price of 320,000 euros, or around $430,000. Scroll down for more details about Lambo's newest racer.

Think of Italian Formula One teams and Ferrari is first and foremost to come to mind. But the Prancing Horse team is not the only game in town. What is today known as Scuderia Toro Rosso was once, and for two decades, known as Minardi. And for one (unfortunately unsuccessful) season, it was powered by Lamborghini.
That season was 1992, when Christian Fittipaldi (Emerson's nephew) drove for the team, substituted by Alex Zanardi for a few races and teamed up with Gianni Morbidelli - the Italian driver who just took the Superstars championship this past weekend.
Alongside the Modena team it supplied the year before (to even less success), the Minardi partnership was one of only two Italian teams which the F1 division established at Lamborghini under Chrysler ownership would motivate power. It yielded a sixth-place finish at the Japanese Grand Prix as its best result, but the coupling of an Italian engine in an Italian chassis is what makes it stand out in history. Valentino Balboni drove it for demonstration events at Road Atlanta and Sebring, and now that car is up for auction on eBay Motors.