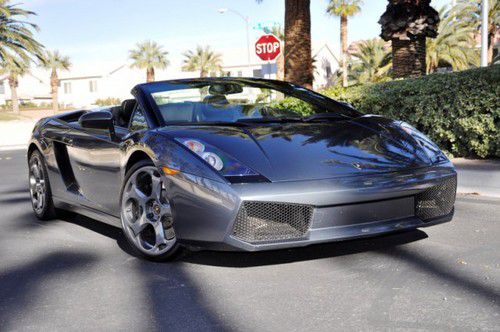 Lamborghini 5-95 Zagato could be bound for limited production

Lamborghini has been seriously upping its production overt the years. When Audi took over in the late 1990s, the company's production was measured in the 200-unit range. Now it's making over 2,000 cars every year. But at the same time, Sant'Agata has been focusing on low-volume production as well, with a separate assembly line dedicated to putting together concept cars and limited editions like the Sesto Elemento and Veneno. And now it may just have another on its hands.
That would be the Lamborghini 5-95 Zagato, a unique coachbuilt supercar based on the Gallardo and unveiled last week at the Concorso d'Eleganza Villa d'Este on the shores of Italy's glamorous Lake Como. It was commissioned as a one-off custom for noted Lambo and Zagato collector Albert Spiess, but reports suggest that it could be put into limited production.
The viability of the project would likely depend on how many orders the Italians might garner for an expanded production run. Whether the project would be undertaken at Lamborghini's special projects facility or off-site by Zagato remains to be seen, but you can bet it would fetch a pretty penny or two, despite the fact that the platform on which it's based is now over a decade old and has since been replaced by the newer Huracán.

While our spy photographers were getting shots of the Lamborghini Gallardo replacement, said to be called "Cabrera," at the Nürburgring, there were other spotters lurking who caught the thing on video. It could just be the audio captured by the camera mic, but to our ears the exhaust sounds deeper and more burbly than that on the current car. One audio cue that can't be missed, however, is the speed of the gearchanges; think dual-clutch.
The reworked 5.2-liter V10 sitting behind the cockpit is expected to put out around 600 horsepower, sent either to all four wheels or just the rears depending on customer preference. The sights and sounds await you in the video below, your own ruminations can be heard in Comments just below that.

Before we officially met the Lamborghini Huracán LP 610-4 recently, and even before Autobild got to hear it start during its presentation, the Gallardo replacement had been whipped into smokey donuts in the dark of a Sant' Agata night as part of Project Hexagon. That was a four-episode series of short films that followed a trio of Brits determined to see the Huracán before its reveal. They did such a good job that they were able to play Grand Theft Auto in the Lamborghini HQ parking lot.
You'll find all four episodes below, but if you're looking for a more thrilling taste of the baby Lambo than Autobild could give us, then head straight to the final entry. Someone chose to lay a loud musical track over the revving, so try to ignore it and enjoy the 610-horsepower V10 underneath.