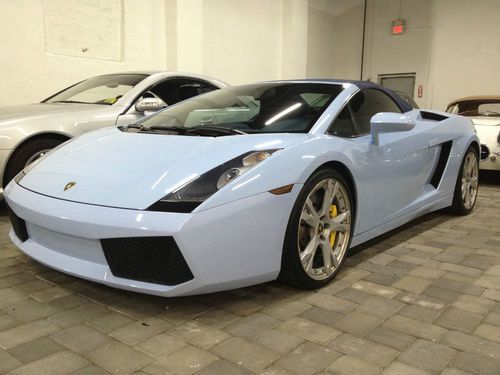 We couldn't pass up the chance to take a closer look at the outrageous Lamborghini Veneno. The ultra-limited-production 50th anniversary model looks downright lethal sitting under the lights of the Geneva Motor Show. Regardless of the 750-horsepower V12 lurking at the machine's core, the preponderance of vents, wings, splitters and fins means the hypercar can't help but look like it'll cut you for the fun of it. While most high-performance exotics are as much about what you can't see as what you can, the Veneno gets the ludicrous-loving 12-year-old kid inside of us cackling with joy.
We just can't decide whether this $3.4-million-dollar one-of-three hypercar is the hero or villain of our adolescent daydreams. Maybe both. Click through the detailed gallery for your best look yet at the latest bit of insanity from Lamborghini, and check out its official introduction video below.

What could possibly be better than a two-passenger, off-road performance coupe built atop the Lamborghini Gallardo platform? A topless version of said vehicle, of course. We've already showed you the ItalDesign Giugiaro Parcour in fixed-roof form, and now we're able to bring you some live shots of the Parcour Roadster.
Honestly, the Parcour's lines probably look better on the hardtop model, but the Roadster's lack of top did give the ItalDesign Giugiaro crew a chance to change up the design ever so slightly. The windshield has been chopped and uses carbon-fiber pillars doubling as the vehicle's rollbars, while the hoops over the seats are also designed with safety and styling in mind. In addition to the roof, the Roadster also removes the separator between the passenger compartment and the engine bay meaning there is absolutely nothing to filter the noise created by the mid-engine 5.2-liter V10 putting down 550 horsepower.

Let it never be said that there isn't money to be made selling high-end exotic sports cars. Last month Ferrari revealed that it had recorded record profits despite selling fewer vehicles than the year before. Now arch-rival Lamborghini has reported record revenue.
For the 2013 fiscal year, Lamborghini has announced that its revenue has increased for the third year straight - rising from 469 million euros last year (just short of $650 million at today's rates) to a record 508 million euros (over $703 million). Lamborghini reports that it has reinvested 20 percent of that turnover back into R&D.
The increased revenues come despite having discontinued its top-selling model, the Gallardo, which wound up its ten-year production run back in November to make way for the new Huracán. The increased revenues came from a higher proportion of Aventadors sold, a rise of 9 percent from 922 units in 2012 to 1,001 in 2013, representing a record for V12 models sold in the company's history and a waiting list of 12 months for a new Aventador.