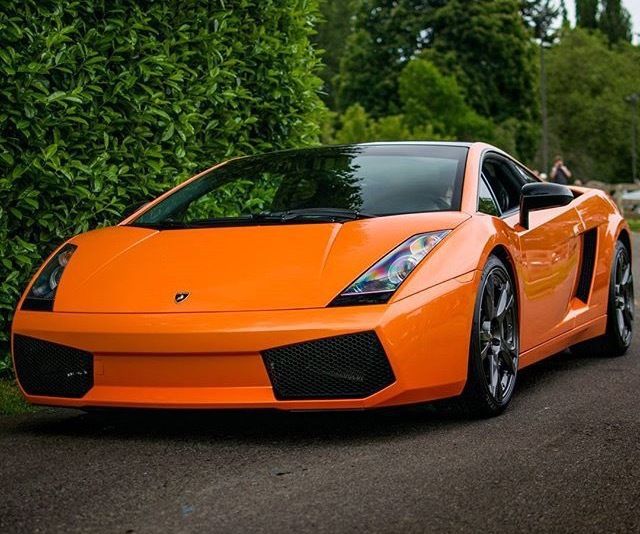 Emilia Palmer, an eight-year-old from Kimbolton, Herefordshire in England's West Midlands, suffers from a rare lung illness, requiring her to constantly be on oxygen. She made a request through Rays of Sunshine, which is like the Make-A-Wish Foundation, to get a ride in a pink Lamborghini, driven by everyone's favorite Hamster, Richard Hammond. And last Sunday, she got to do just that, escaping from her hospital just long enough to stop home and get a surprise visit.
Within days of receiving Emilia's wish, Rays of Sunshine found someone willing to donate a Lamborghini Aventador Roadster, and let the charity get it resprayed in an eye-searing, matte pink. The charity also managed to get Hammond to fly in for a personal visit with Emilia.
You can take a look at video of the meeting down below. You can also click over to Rays of Sunshine's website and donate, so that they can continue granting wishes for terminally ill children across the UK. Now, if you'll excuse us, we need to step away and get all this dust out of our eyes.

The National Highway Traffic Safety Administration has issued a bulletin over a recall for up to 144 examples of the 2012 Lamborghini Aventador here in the States. The affected models, built from July 15, 2011 to April 20, 2012 have headlights that apparently don't conform to US federal motor vehicle safety standards. The lamps can be aimed horizontally but not vertically, which can reduce their usefulness for the driver and blind oncoming traffic if aimed improperly.
Lamborghini is expected to begin notifying affected owners next week, at which time they can take their Aventadors to their dealers for a fix free of charge. The complete bulletin from NHTSA is below.