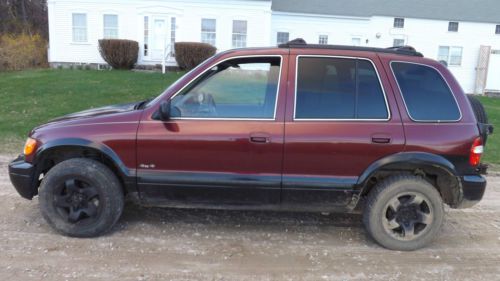 Mexico has long been a hot spot for auto manufacturing, but the country's fortunes have been boosted lately, with Honda, Mazda and Nissan recently adding factories there, and BMW is said to be poised to join them soon. Now, new reports indicate that Kia might start building south of the border to keep up with demand.
Insiders speaking to Reuters claim that the Korean automaker is very close to striking a deal to build a factory for two small models in Monterrey, Mexico, with a 300,000-vehicle annual capacity. Assembly could reportedly begin as soon as 21 months after ground is broken.
If true, Kia has done a fantastic job of keeping the deal under wraps. The only hint at anything like this brewing was a rumor last year that Hyundai may have investigation building a factory in Mexico. The company currently operates a factory in Georgia that builds the Optima and Sorento.

Hold on to your sippy cups, America. The Kia Sedona minivan may have gone to recess for the 2013 model year, but it mounted a quiet comeback for 2014 sporting the slightest of updates. Thankfully, those minor tweaks will only have to sustain it a short time. Kia knows it can't afford to nap for another year against strong rivals like the Honda Odyssey and Chrysler Town & Country, and the Korean automaker remains committed to duking it out in the kinshlepper segment. So committed, in fact, that Autoblog has learned it will launch its third-generation minivan at April's New York Auto Show.
As seen in these spy shots captured last August, the 2015 Sedona will incorporate styling cues from Kia's well-recieved 2012 KV7 concept, and it's predicted to feature more refined drivetrains and interior appointments, including Kia's latest UVO infotainment system and available rear-seat entertainment. We further expect fuel economy figures to get a nudge upwards thanks to fuel-saving features like electric power steering and direct injection.
Given the minivan segment's 'safety first' mindset, look for the next Sedona (known elsewhere as the Carnival) to offer a full quiver of active safety features, including blind-spot detection and a lane-departure warning system - two popular features the 2014 model does without.