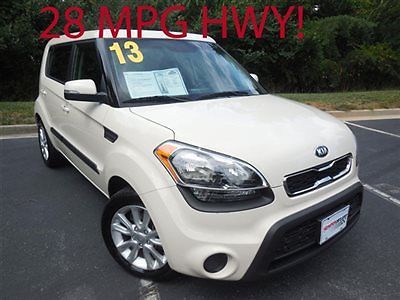 Hyundai and Kia set aside $412 million for false mileage claims

We still don't know how the whole fuel economy ratings debacle is going to play out for Hyundai and Kia, but both automakers are preparing to make good on their promises to reimburse vehicle owners for lower-than-promised mileage figures. According to Automotive News, Hyundai and Kia have set aside a combined total of $412 million ($225 million for Hyundai and $187 million for Kia) as compensation, which will be sent out on a case-by-case basis via debit cards depending on the vehicle and the mileage driven.
Announced back in November, the exaggerated miles per gallon claims affect around 900,000 Kia and Hyundai products produced for the 2011 through 2013 model years sold in the US and Canada. This whole deal has had plenty of action ranging from suspected whistleblowing from a rival US automaker and even insider trading, but it has probably been most frustrating for vehicle owners who, in most cases, saw their vehicles' city and highway ratings drop between one and three digits.

Mexico has long been a hot spot for auto manufacturing, but the country's fortunes have been boosted lately, with Honda, Mazda and Nissan recently adding factories there, and BMW is said to be poised to join them soon. Now, new reports indicate that Kia might start building south of the border to keep up with demand.
Insiders speaking to Reuters claim that the Korean automaker is very close to striking a deal to build a factory for two small models in Monterrey, Mexico, with a 300,000-vehicle annual capacity. Assembly could reportedly begin as soon as 21 months after ground is broken.
If true, Kia has done a fantastic job of keeping the deal under wraps. The only hint at anything like this brewing was a rumor last year that Hyundai may have investigation building a factory in Mexico. The company currently operates a factory in Georgia that builds the Optima and Sorento.