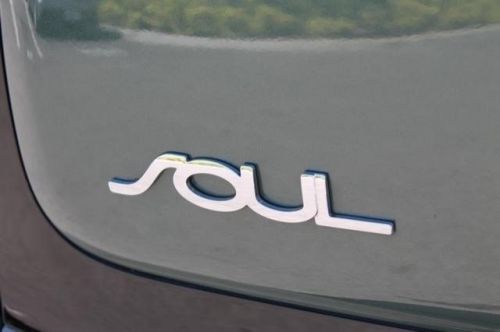 What's the difference between a used vehicle from some other dealer and a pre-owned vehicle from Crown Automotive? It's simple; one of them is a better value because one comes backed by the Crown Used Car Confidence Plan! You'll get a CarFax report, guaranteed clean title, Powertrain warranty for as long as you own your vehicle (or 100,00 miles), and a 7 day/500 mile no hassle exchange policy!

Kia's Second Effort At Luxury Finds More Love Than The Amanti
The same recent global economic crises that have led luxury automakers to invade the small car market are also somewhat responsible for the influx of near-luxury sedans from mainstream automakers. As the likes of Mercedes-Benz and Audi are reaching down for new customers, automakers like Hyundai, Chevrolet and Toyota are reaching up to bridge the gap and fill in the white space between the industry's typical high-volume large sedans and established luxury sedans. Joining this emerging market, the 2014 Kia Cadenza is the latest sedan to blur the line between value and luxury. One of Kia's core focuses has been offering value to customers, and even with a starting price of $35,100, the Cadenza still represents plenty of that kind of thinking.
Despite what might first come to mind, the Cadenza is not named after a piece of furniture. Instead, Kia notes the name for its new front-wheel-drive flagship comes from the Italian musical term that translates as 'cadence'. The name thus fits in nicely with the brand's other musically inspired model name, Forte. Much like the Hyundai Genesis, the Cadenza will serve as a test of sorts to see how much customers are willing to pay for a Kia, and despite recent reports indicating that Kia has confirmed the Quoris for next year, the reality is that the availability of the bigger rear-wheel-drive flagship will be determined in part by how well the Cadenza strikes a chord with buyers.

Rounding Out The Market's Best Box
As a car critic, you can tell a lot about a new car just by looking at a map. That's because more often than not, the geography of where a vehicle is initially launched will tell you a surprising amount about how the automaker feels about its new baby. Manufacturers want their models to be shown in the best light - dynamically and socially - so they put a lot of thought into where they first let members of the media slip behind the wheel. Luxury cars nestle up closely to swank hotels in the globe's trendiest locales, high-performance cars are let loose on breathtaking mountain roads with adjacent racetracks, and so on. It all makes for a tough life, as you can imagine.
So consider it telling that when Kia first launched the Soul way back in 2009, it did so in Miami. Trendy? Check. Billiard-table level, arrow-straight smooth roads? Frequently snarled with traffic? Check and check. You see, good as it was, the original Soul wasn't a particularly thrilling driver. Competent, sure, but its simplistic suspension, modest power and upright dimensions didn't exactly afford it entertaining driving dynamics. Which is exactly why Kia launched it in an environment utterly devoid of potholes and curves (save those conjured by the area's robust plastic surgery community), instead choosing a city loaded down with pedestrians and slow-moving motorists.