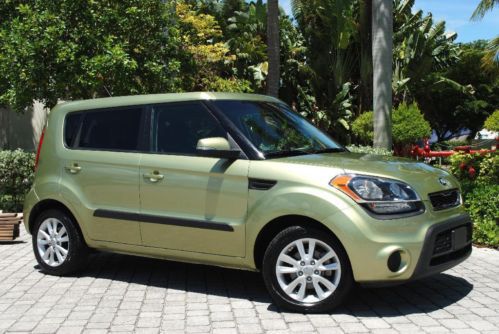 Kia is already solidifying its advertising plans for the 2014 Super Bowl, targeting a 30-second spot for its new, rear-drive K900 sedan during during the biggest football game of the year. The cost for this half-minute of air time? $4 million.
Of course, Kia is no stranger to advertising during the Super Bowl, with the Space Babies and Hot Bot ads of last year and the Mr. Sandman spot in 2012. But the stakes with the K900, which see the Korean brand attempting emulate its corporate cousin/bitter rival Hyundai, by moving into the rear-drive luxury space, are far, far greater. After all, Kia's previous Super Bowl ads were all for models in established segments - the K900 is an entering a realm the brand has never played in before.
The Super Bowl spot will be the first exposure to the K900 for many potential buyers, and considering that the South Korean brand is targeting conquest sales, according to the report from AdAge, it's important that it makes a good showing on such a large stage. As for the theme of the ad, there isn't much speculation from the execs this early in the game, according to AdAge. Looks like we'll be waiting until February to find out.

It was just two weeks ago that we saw our first glimpse of the 2015 Kia Sedona testing in full camouflage, but now Kia has stripped away some of the heavy cladding to give us an even better idea what its new minivan will look like. As we pointed out before, the next Sedona doesn't use as many design cues from the 2012 Kia KV7 as we initially hoped, but it should be interesting enough to stand out from the current crop of minivans.
Even though most of the body is still covered with the black and white pattern and the side doors still have cladding, these spy shots show off plenty of details about the new Sedona. Starting up front, Kia gave its minivan a more upright shape that we've seen a lot of on current Kia designs, while the reduced camo also makes the van's new side window shape more obvious. This pinched daylight opening (DLO) along the side is the same as what we saw on the KV7, and the window line dips back down again for the liftgate glass. While we're focused on the rear of the Sedona, that liftgate spoiler looks a lot like what we're used to seeing on the back of a Porsche Cayenne.
Kia has still yet to announce when its new minivan will be unveiled, but as things seem to be pretty far along in development, we'd expect to see something on the 2015 Sedona fairly soon.