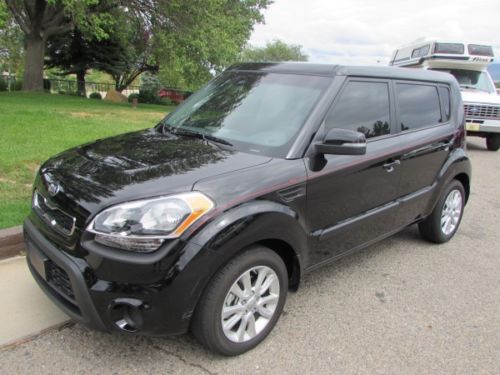 Last month, Kia released a few photos of the European-market 2014 Soul ahead of its Frankfurt Motor Show reveal, and we happened to notice that the hamster box looked a bit different - a bit tougher. That's because Kia is adding an SUV Styling Pack to the car's options list, which includes the blacked-out lower fascias, wheel arches, side skirts and painted roof seen here.
At the time, we polled Autoblog readers if they thought bringing the optional visuals to SUV-happy North America was a good idea, and the voting split 70.3 percent in favor, 21.4 percent against, and 8.3 percent undecided.
At the present time, Kia representatives tell us that it has no plans to offer the SUV Styling Pack in our market, so you'll have to take a better look at it with our new gallery to decide whether its absence from North American order sheets is a tragedy or not.