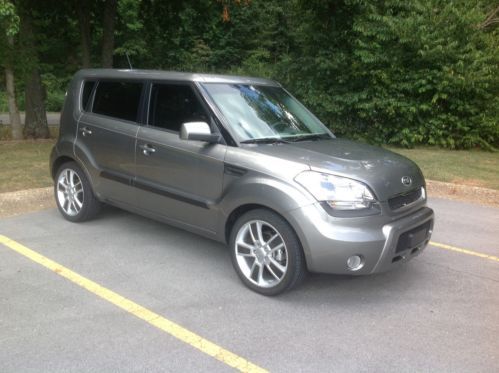 In discussing how Kia planned to use a focus on quality to raise its brand perception and take the fight to BMW and Audi instead of Toyota, a recent article in Automotive News Europe said one of the primary constraints was production capacity; Kia simply doesn't have the ability to make enough cars to meet its aims with the plants it has.
The CEO of Hyundai-Kia is said to be reluctant to build more plants because of that focus on quality and the fact that its suppliers are stretched to the limit. The effects of that position are being felt right now with both makers losing market share, as in the case of Hyundai not being able to make enough of its Veloster Turbo for the US market.
A South Korean newspaper apparently reported last week that Kia was planning to build a second factory in Georgia with capacity for up to 150,000 units annually, and that the company would break ground as soon as this month on "KMMG2." Kia has responded to the news by saying, "The report is all groundless." The mayor of West Point, site of the current KMMG plant, said he didn't know anything about such plans, nor did the Georgia department of economic development have knowledge of a new Kia factory.

After skipping the 2013 model year and returning for 2014, the Kia Sedona is getting a full redesign for 2015, which we see for the first time in these new spy shots. The new Sedona isn't going to look as much like the 2011 KV7 Concept as we had hoped, but we definitely see some key styling cues from the Kia concept minivan.
Even though it's covered in heavy camouflage, we can see that some of the KV7's cues on the 2015 Sedona include the vertical front marker lights, the horizontal taillights and the pinched beltline starting at the C-pillar. Kia's trademark Tiger Nose grille is present and accounted for, as is the telltale dip in the windshield.
All in all, the next-gen Sedona already looks to be a significant improvement over the current, generally boring model, which dates back to 2006 and has a striking resemblance to the Ford Freestar. There is no word yet as to what will power the 2015 Sedona, but our spy shooter said that this prototype was most likely powered by a 2.2-liter diesel.