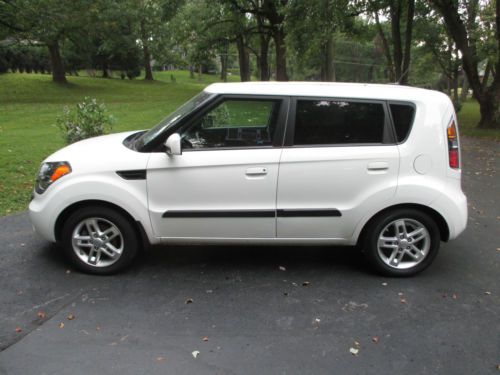 The National Highway Traffic Safety Administration isn't ready to give up its investigation into spontaneously shattering sunroofs in the 2011-2013 Kia Sorento yet. In fact, it has actually broadened it into a full engineering analysis affecting as many as 65,347 vehicles.
The investigation started in 2013 when NHTSA received 15 complaints about breaking sunroofs in the crossover. Since then, the regulator requested data from Kia and found that there have been 95 complaints of the roof abruptly braking. In many of those cases, the vehicle was moving at the time. People have been injured when this happens; NHTSA found 14 incidents where at least one person in the vehicle suffered from cuts or scrapes.
According to the investigation document, Kia also conducted its own internal review but couldn't find any defects. The company claims that the only way for the roof to break is for an object to strike it. Although, it does admit that the large surface of the sunroof on the Sorento could be the cause of the high frequency of damage. NHTSA's Office of Defects Investigation isn't convinced and calls it "concerning." It's pressing forward to find more details in the engineering analysis.