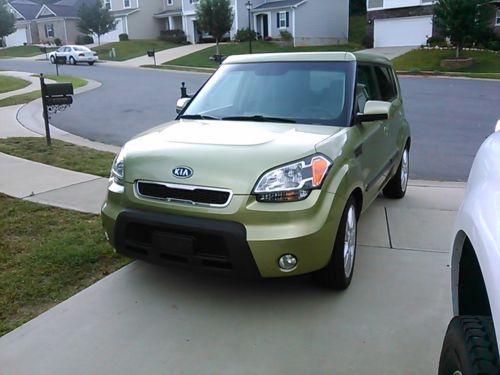 Kia expects US to be Soul EV's top market

While its sister brand Hyundai invests in hydrogen fuel cell technology, Kia is entering the battery-powered electric vehicle market with the new Soul EV. The Korean automaker plans to sell some 5,000 units of its first electric vehicle around the world. While it's not saying exactly what proportion it hopes to sell in (or how many it's allocating to) any individual market, the latest reports indicate that it expects the United States to be its biggest market.
Part of that may come down to the growing popularity of electric vehicles in America, but also to the substantial incentives offered by federal and local government agencies towards buying an EV. Though the Soul EV retails for a reported 42.5 million won in South Korea - equivalent to less than $41,500 at today's rates, of which the battery alone accounts for about 40 percent - incentives will mean that the actual cost to a buyer in the US will be about half that, although Kia hasn't announced official pricing yet.
The latest electric vehicle on the market is based on the existing Kia Soul hatchback, a vehicle chosen due to its packaging vis-à-vis more conventionally shaped vehicles. The 27 kWh lithium ion battery pack adds about 330 pounds to the vehicle's curb weight, resulting in a 0-62 time of 11.2 seconds and a 92-mile range. The Kia Soul EV will initially be sold only in California, Oregon, New York, New Jersey and Maryland.

A closer look at the Kia GT4 Stinger Concept

When we named the Kia GT4 Stinger Concept as our top debut at the 2014 Detroit Auto Show, our comments section had, let's call it, a tantrum. People were not pleased. Debuting alongside hugely significant production cars like the Chevrolet Corvette Z06, Ford Mustang, Ford F-150, Lexus RC F, BMW M3/M4 and Chrysler 200 (not to mention great concepts like the Toyota FT-1, Infiniti Q50 Eau Rouge and Volvo Concept XC Coupe), what business did a tiny, turbocharged, rear-drive Kia concept car have winning the prize as the best of Detroit?
Well, as it turns out, it has every right to be there. Our own Michael Harley sat down with the head of US design for Kia, Tom Kearn, to discuss the GT4 Stinger and find out just what the brand was thinking when it decided to create such an enthusiast-oriented concept. The interview gives a great insight into the car and its design, while Harley goes into some detail at the end of the video about why the GT4 was the Autoblog Editors' Choice of the 2014 Detroit Auto Show.
Scroll down to watch the full interview.

Kia appears to have pulled a quick one on the world with its Cub Concept. As it turns out, the machine isn't the four-door coupe they promised at all. Instead, the little showcar is a five-door hatch with suicide rear doors. That's certainly fine by our reckoning, but it isn't quite what we were expecting to see on display at the Seoul Motor Show. The concept was penned at the company's design studio in Seoul with direction from Peter Schreyer, and it gets its thrust from a 204-horsepower, 1.6-liter direct-injection four-cylinder engine. With 195 pound-feet of torque on hand, we suspect the Cub would have little trouble hustling down the road.
Indoors, the Cub serves up black leather seats with yellow accents as well as a new Driving Information System that uses a gesture camera to control various operations. Right now, there are apparently no plans to put the Cub into production anywhere in the world, but we wouldn't be surprised to see some of the hatchback's elements make their way to the show room floor.