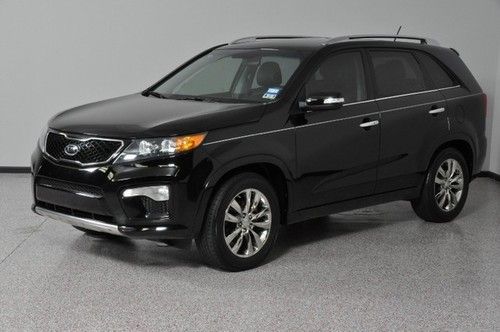 Kia is moving into unknown territory with its $60,000 K900 luxury sedan in many ways. Not only will it act as the company's flagship model, it will be the Korean brand's first in the US with rear-wheel drive and a V8 engine. The first batch will hit showrooms in March, but according to Edmunds, it will be a soft launch in some ways, because only around 30 percent of dealers have paid a premium to sell the plush ride.
Kia has sent the selected dealers back to school to make sure they are prepared to sell the K900 to the industry's famously finicky luxury sedan buyers. The company believes its flagship model will be "a catalyst in support of our long-term strategy to elevate the ownership experience," said James Hope, Kia's National Manager for product communications, to Autoblog in an email. According to Edmunds, the dealers paid about $30,000 each in required training, tools and showroom displays. It wants the improvements to "shift the culture" in its dealers to be ready to welcome luxury buyers, according to Hope. Kia Director of Public Relations Scott McKee told Autoblog that the brand expects buyers to be "independent thinkers" from a blend of current Kia owners stepping up to the K900 and conquests from other luxury brands.
Kia has been slowly building awareness of the K900, especially with its Super Bowl ad, but it still has a long road ahead of it to prove what makes it crown jewel different. The company believes more dealers will sign up to sell it once public awareness for the new sedan grows. "There has never been a better time to challenge the status quo," said Hope. Also, a V6 model will launch in the future at a lower price, which should bring more people into the updated showrooms. Given what Kia has accomplished in the US in the last 20 years, it would be foolish to count the K900 out, but that doesn't mean it will be easy to break into the luxury sedan market.