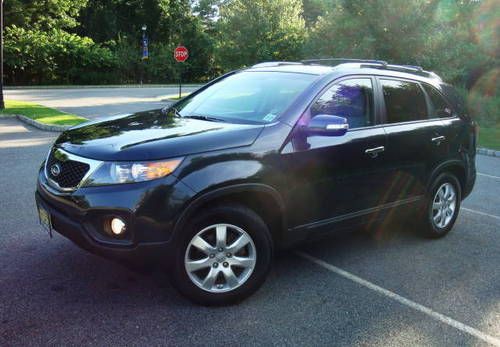 Condition: UsedA vehicle is considered used if it has been registered and issued a title. Used vehicles have had at least one previous owner. The condition of the exterior, interior and engine can vary depending on the vehicle's history. See the seller's listing for full details and description of any imperfections.Seller Notes:"Vehicle is as new only defects a 2 dime sized door dings and a couple scratches in the cargo area"

Kia might finally be entering the four-door coupe market in the near future with a production version of its GT Concept from the 2011 Frankfurt Motor Show. According to Edmunds, Kia execs at that Paris Motor Show confirmed that the swoopy model finally has been given the green light to go on sale, and that would likely be sometime in 2016 in the US.
Kia would reportedly focus the GT on the US market, but a European version with a diesel is also a possibility. As with the K900 premium sedan, the brand is taking on some established competition with the new model, including the likes of the Audi A7 and Porsche Panamera. Judging from the rest of the Korean company's range, an attractive feature for many buyers would likely be a price several grand lower than the challengers in the segment.
"Four-door coupes aren't necessarily sales champs, but right now they are popular, just as the retro theme was the "in thing" 15 years ago," said auto industry analyst Dave Sullivan from AutoPacific to Autoblog. Something like the GT would also help with Kia's increasing focus on improving its design design because it can "make a statement about what your brand stands for."