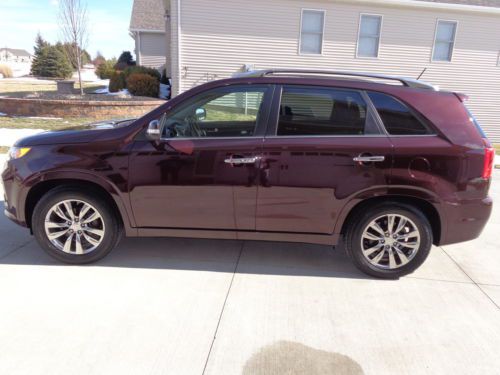 The Rio may not be the most popular Kia in the United States - not by a long shot - but it was the brand's top seller globally last year. Little wonder, then, that although the current fourth-generation model was only introduced in 2011, the Korean automaker is already rolling out a facelifted version.
Set to be revealed later this week at the Paris Motor Show, the 2015 Kia Rio has been updated inside, out and under the hood. The front end gets a new grille, bumper and foglights, there's a new bumper around back, and a fresh array of alloy wheels ranging in size from 15 inches to 17. There are also two new colors on offer, and the interior has been updated with a new center stack and chrome trim.
Powertrain options depend on local market demands but range from 74 horsepower to 107, driving the front wheels through a five- or six-speed manual or four-speed automatic and available with stop/start ignition. The updates were announced for the European-spec model; we're waiting for confirmation on what, if any, of these revisions will reach US showrooms, so watch this space.

These four photos tell us most about the pomegranate-red concept Kia will be bringing to this year's 2013 Geneva Motor Show. An accompanying 66-word press release gives away nothing, so we're left to wonder if this is some kind of Nissan Juke rival that the South Korean company is toying with.
Even with the exaggerated dimensions of concept cars, this unnamed "urban concept car" looks somewhat larger than the average subcompact hatch, and there are some seriously Juke-ish lines around the rear three-quarter. This concept, however, appears to be a two-door model, unlike the Juke with its hidden rear handles, but that doesn't mean a production model couldn't add a couple of entry points.
We'll know for sure in March. You'll have to make the four high-res photos and those 66 words in the release below last until then.